Mayawati said that the BJP had used all tactics, including blatant misuse of the state machinery, to ensure BSP’s defeat. 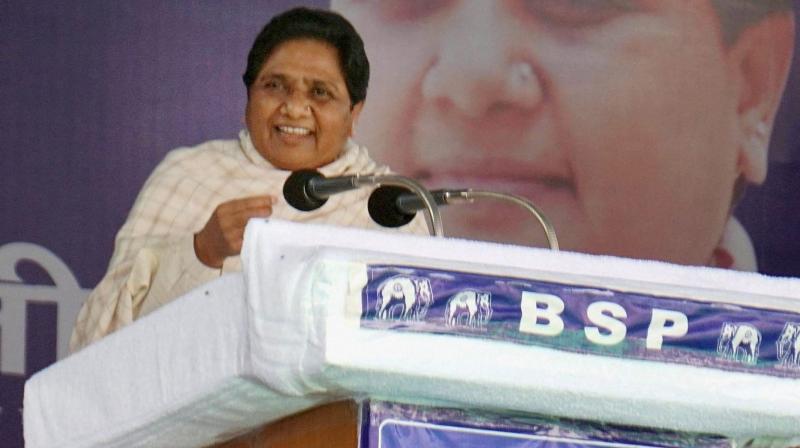 Lucknow: A day after losing a Rajya Sabha seat to the BJP in Uttar Pradesh, BSP president Mayawati said on Saturday that the defeat of her party candidate in the biennial elections will not impact her party’s developing relationship with the SP and that the two will work with greater intensity to defeat the BJP in 2019.

Addressing a press conference here on Saturday, the Bahujan Samaj Party (BSP) president thanked the Samajwadi Party and the Congress for voting for her party’s candidate in the Rajya Sabha elections but added that her candidate had not got the vote of Ajit Singh-led Rashtriya Lok Dal (RLD).

“If he (Akhilesh) had been more mature, he would have concentrated on ensuring the victory of the BSP candidate more than his own candidate,” she said.

The former chief minister warned that despite the adverse result in Friday’s election, the BSP will work closely with the SP.

“The BJP thought that this will disturb the new bonhomie between the SP and the BSP and make it easier for them in the Lok Sabha elections next year. I want to tell them that we will now work under a new strategy and ensure their defeat in the general elections”, she said.

“I want to warn the BJP and RSS that I will not allow their special aim of creating rift in the new understanding between the BSP and the SP to succeed,” she said.

To show solidarity with the BSP, the Samajwadi Party said it had planned a function at the party headquarters here to celebrate the victory of its candidate Jaya Bachchan in Friday’s election but cancelled it as the candidate of its ally BSP could not win his seat.

Ms Mayawati accused the BJP of creating anarchy by fielding an extra candidate and forcing election on the Rajya Sabha seats. “They did not have the numbers and could have allowed elections to be held without polling but they encouraged horse-trading,” she alleged.

The BSP chief said that the BJP had created fear among legislators to make them vote against their party line. She also questioned the state government’s role in preventing one SP and one BSP MLA lodged in jail from casting their vote.

The BSP president also thanked Suheldev Bharatiya Samaj Party (SBSP) MLA Kailash Sonkar for voting for BSP candidate. “If Sonkar is troubled by the state government, my party will stand by him,” she said.

The BSP president also reminded the BJP that its former chief minister Kalyan Singh had called independent MLA Raja Bhaiyya a “goonda from Kunda”. She said that as chief minister she had put him behind bars.

Replying to a question, Ms Mayawati said that her party will welcome if the move if the Yogi Adityanath government ensures reservation within reservation for the maha-dalits and most backwards.