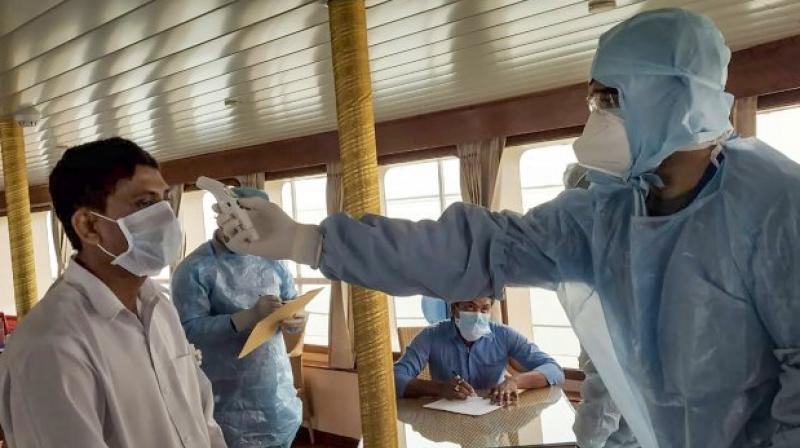 Patna: Lok Janshakti Party President Chirag Paswan on Wednesday offered to donate a huge sum of Rs. 1 crore from his MPLAD funds to fight against the coronavirus outbreak.

He has also urged his party MPs to contribute to tackle the outbreak of the deadly virus and prevent it from spreading in Bihar. Earlier Union Minister Ram Vilas Paswan had donated Rs. 1 crore from his Rajya Sabha MP funds to the state health department.

“I have made the contribution of Rs. 1 crore from my MP funds to the health department. This will help in providing proper medical facilities for the treatment of patients infected with coronavirus in the state of Bihar”, Union Minister Ram Vilas Paswan said in a tweet on Wednesday.

The announcement comes at a time when the state government in Bihar has been worried about the growing threat due to the huge migrant population returning home from other states.

As a precautionary measure, all railway and bus stations have been shut and thermal screening of passengers at Patna and Gaya airport is being done.

The number of coronavirus cases in Bihar has now reached to four after a person who recently returned from Gujarat tested positive.

Officials said that he has been admitted to Nalanda Medical College and Hospital, Patna (NMCH). Initial reports suggest that he has been sick after he returned from Gujarat a week earlier. He was referred to NMCH after his condition deteriorated on Tuesday.

His test reports arrived on Wednesday morning which confirmed that he is infected with the virus. He has been kept under observation in the isolation ward at the hospital, officials said.

“He has been kept in the isolation ward at the NMCH. We are taking all kind of preventive measures and are now trying to track all those who have been in touch with him after he returned to Patna from Gujarat”, State nodal officer for COVID-19, Dr. Ragini Mishra told this newspaper.

According to state health department reports 194 samples have been examined, out of which 174 were found negative while results for 14 samples are still awaited.

“We are trying to expand the testing capacity in the state. The administration is also closely monitoring all those who have returned from other states and even abroad”, State health secretary Sanjay Kumar told reporters in Patna on Sunday.

Meanwhile, Bihar Chief Minister Nitish Kumar on Wednesday announced that all ration card holding families will get an assistance of Rs. 1000 each.

The decision was taken after reviewing the situation of those who are daily wage earners and may face hardship by the complete lockdown which has been imposed in the wake of the coronavirus outbreak.

According to the Chief Minister’s office here, the money will be transferred into the account of ration cardholding families through the Direct Benefit Transfer (DBT) system.