The Centre, in its response, said it was widely accepted that the cattle that was smuggled was a byproduct of the dairy industry. 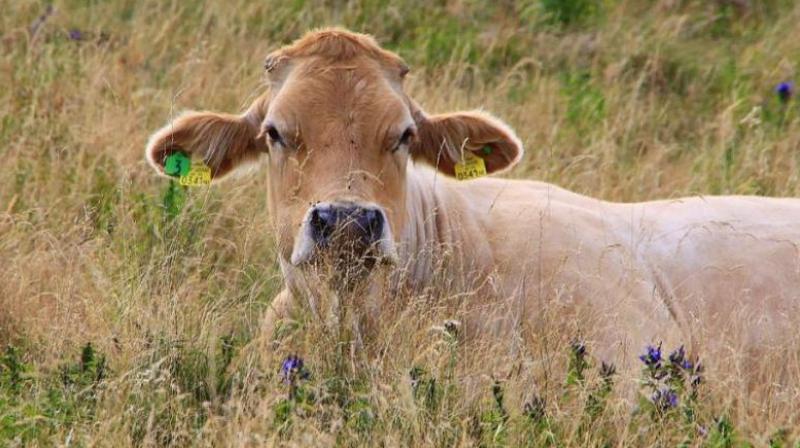 It said each animal would be tagged with a UIN, with proper records of identification details. (Representational Image)

New Delhi: The Centre informed the Supreme Court on Monday that in order to tackle the illegal smuggling of cows and other cattle, it had accepted the recommendation of an expert group to provide a tamper-proof unique identification number (UIN) for each one, using polyurethane tags.

The Centre gave this response before a bench of Chief Justice J.S. Khehar and Justice D.Y. Chandrachud that was hearing a PIL filed by Akhil Bharat Krishi Goseva Sangh seeking appropriate steps to protect cows and to prevent smuggling of cattle into Bangladesh so that the cattle population was not depleted.

The petitioner sought a direction to the Railways to take steps to ensure there was no illegal transportation of cattle across states and to direct the states of Rajasthan, Uttar Pradesh, Madhya Pradesh, Bihar, Haryana, Odisha, Assam, Tripura, Jharkhand Karnataka, Andhra Pradesh and West Bengal to check illegal transportation of cattle and to check loopholes by which cattle was transported to West Bengal and then to Bangladesh.

The Centre, in its response, said it was widely accepted that the cattle that was smuggled was a byproduct of the dairy industry. Barren cows or bulls or low-yielding animals were sold to organised smugglers or abandoned on roads, from where they are captured and smuggled to the international borders.

It said each animal would be tagged with a UIN, with proper records of identification details (age, breed, sex, lactation, height, body colour, horn type, tail switch, etc). A state-level database may be uploaded on a website that would be linked with a national online database. State governments bordering Bangladesh may ban livestock markets within 20 km from the international border. Enforcement agencies working in areas near the India-Bangladesh border must lay emphasis on intelligence and information on smuggling of animals so effective steps could be taken to prevent cattle smuggling, the Centre added.

The petitioner claimed there was rampant smuggling of live cattle across the border to Bangladesh, which had led to depletion of this country’s cattle wealth. The petition said the export of live cattle and buffaloes was prohibited under Section 5 of the Foreign Trade (Development and Regulation) Act 1952 but due to various syndicates operating, the smuggling of cattle was unchecked and rampant on the porous border with Bangladesh.