Legendary filmmaker will be conferred with the award on May 3. 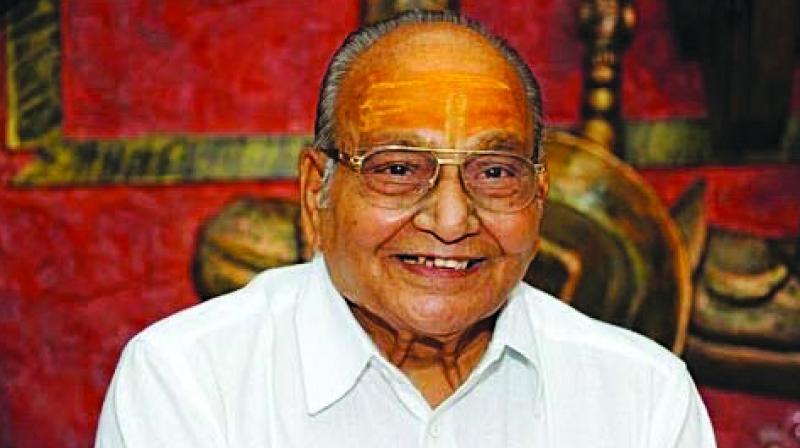 New Delhi: Legendary film director and actor Kasinadhuni Viswanath will be conferred with the 48th Dadasaheb Phalke Award, the biggest award of film fraternity, for the year 2016. The award will be presented by President Pranab Mukherjee on May 3 at Vigyan Bhawan.

The award consists of a Swarn Kamal, a cash prize of Rs 10 lakh and a shawl.

Union I&B minister M Venkaiah Naidu on Monday approved the recommendation of the Dadasaheb Phalke Award committee which had put forth Viswanath’s name, a government statement said. The award is for outstanding contribution to the growth and development of Indian cinema.

A presenter of classical and traditional art, music and dance, Shri K. Viswanath has been a guiding force in the Indian film industry. As a director Viswanath has made fifty films since 1965 known for their strong content, endearing narrative, honest handling and cultural authenticity. His films on wide range of social human issues had great appeal to the masses, the statement added.

K. Viswanath was born in February 1930 at Gudivada in Andhra Pradesh. An ardent art lover, he made a series of films based on varied themes of art, music and dance. His contributions have received recognition in the form of Padmashri Award in 1992 by the Government of India for his contribution to film making.

He has also been awarded 5 national awards, 20 nandi awards (awarded by the State Government of Andhra Pradesh), 10 Filmfare Awards including Lifetime Achievement Award.