Modi will return to power in 2019 with stronger mandate: U'khand CM

Rawat said Modi has 'established India' as an economic and military power in the world map in the last three years. 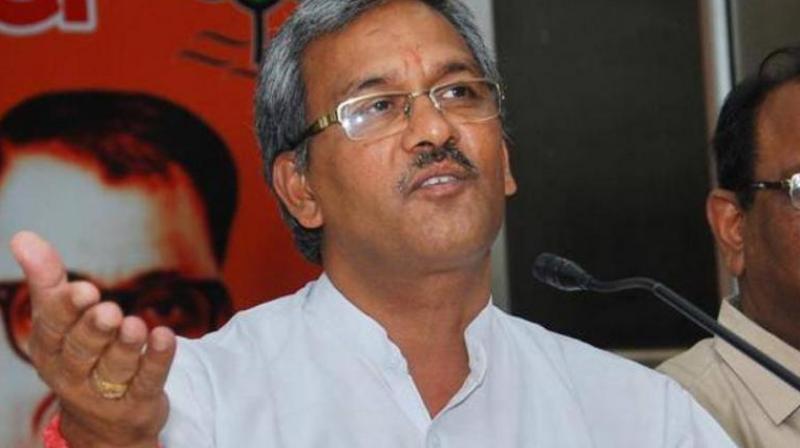 New Delhi: With the NDA government completing three years in office, Uttarakhand Chief Minister Trivendra Singh Rawat has said the BJP-led alliance will return to power at the Centre in 2019 with a stronger mandate.

Rawat said Prime Minister Narendra Modi has 'established India' as an economic and military power in the world map in the last three years.

"I am fully confident that the next government at the Centre will be formed by the NDA under the leadership of Modi with a stronger mandate," he told PTI in an interview.

Rawat, who assumed the charge of chief minister of Uttarakhand on March 18 after the BJP won 57 of the 70 assembly seats, ousting the Congress, said the Opposition was
'no where to be seen' in the country and they were in a 'pathetic stage'.

The 56 year-old chief minister said Modi has been running the government with everyone's cooperation and he would continue to do so in the future.

"Modi is running the government with a big heart. Many people when assumes power, become arrogant, forget their own colleagues or friends. But the prime minister has never given such an impression. He likes to work with everyone's cooperation," he said.

Rawat hailed the Centre's move to convene a meeting of five Himalayan states to take stock of the security and development activities along the 3,488 km long Sino-Indian
border.

"We have not given attention to the issues concerning our border with China. It was for the first time such a meeting was held in Gangtok. It was also decided that every year such a meeting will be held in future," he said.