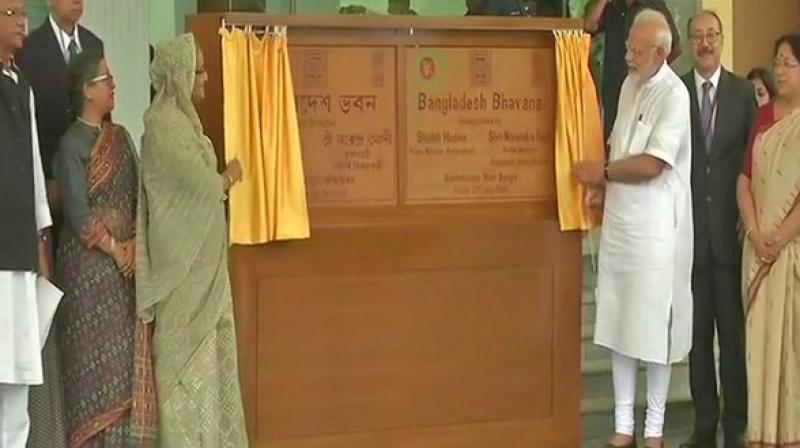 As per reports, both Prime Ministers will hold a bilateral meeting. (Photo: ANI)

The inauguration of Bangladesh Bhavan inside the Vishwa Bharti University complex took place in the presence of West Bengal Chief Minister Mamata Banerjee.

The Bangladesh Bhavan features a museum that showcases renowned poet Rabindranath Tagore's association with that country, the Liberation War of Bangladesh and Indo-Bangla relations.

Also Read: PM not to confer ‘Desikottam’ due to paucity of time

It has been built at a cost of Rs. 25 crores, which was provided by the Bangladesh government. A fund of Rs. 10 crores would be given to help maintain the museum premises.

Reportedly, a Memorandum of Understanding (MoU) will also be signed between Vishwa Bharati University and the Secondary and Higher Secondary Division of the Bangladesh education ministry.

As per reports, both Prime Ministers will hold a bilateral meeting.

Prime Minister Hasina will return to Bangladesh on Saturday night.