India   All India  25 May 2020  Vir Das sneezed on by neighbour for breaking social distancing rules
India, All India

The man in the video also comes close to the actor to hit him, saying "Don't laugh I'll give you one blo**y slap" 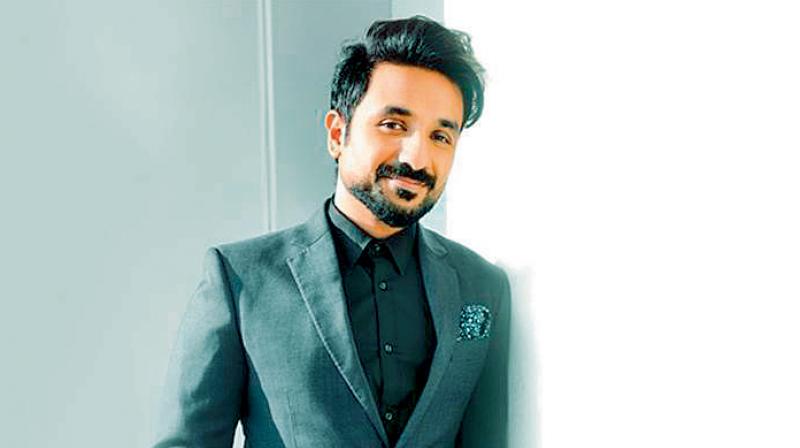 Mumbai: Actor-comedian Vir Das has shared a video where a man, whom he identified as his neighbour, is seen threatening him and sneezing on him for reportedly not following social distancing amid the coronavirus pandemic.

The 40-year-old comic later rubbished the allegations of not abiding by the rules and regulations in a statement.

In a three minute-long video posted on Twitter on Sunday by Das, the man is seen charging at the comedian, asking him to wear a mask, step inside his house and even forcefully sneezing on him.

The man in the video also comes close to the actor to hit him, saying "Don't laugh I'll give you one blo**y slap" and that he wishes his dead parents would "haunt" Das.

Explaining his side, the actor said he was helping his friend, who lives three houses away from him, by providing him dinner during the lockdown when the incident happened.

He said the duo waited for the dinner to get cooked 15 feet away from each other, with Das being on his doorstep and his friend being outside.

"I live on the ground floor. We've got a little sit out. At 10pm a neighbour came by, because we had cooked dinner for them too. We do that with them and also some of the others within the complex. We gave him a chair fifteen feet away, fully socially distanced. My neighbour had a can of coke from his house, a mask on, which he had pulled down to have a smoke.

"I was on the outdoor sit out area of my house, neighbour was in the complex, fully socially distanced. Five minutes later, this happens. This man is not my landlord, he lives on the first floor of the annex building. He is upset because my landlord inherited the house I live in and he didn't," the "Hansmukh" actor said in the statement.

Das said the man in the video does not own his doorstep, sit-out, or his house and he wondered if what the man did would qualify as harassment.

"I'm not sure if an old man threatening to assault me, or sneezing on me, or asking his dead parent to haunt me qualifies as harassment. But this is a little ridiculous.

"And before this turns into him going to the media, as he has done before, and I've sat through it quietly... I'm not normally one for drama.. I'm sorry but this crossed the line. How's your lockdown going?" he added.

On Monday morning, Das released another statement "after a crazy night of zero sleep" to express his gratitude and an apology to the people concerned.

"Thank you for all your support. Family and I are safe. In fact all our neighbours came by to make sure of it..." he began.

Das apologised to his followers that his "personal drama" showed up on their screens.

Dismissing the incident as "lockdown behaviour", the actor claimed that the man in question has been harassing him, his wife, his staff and many people in his housing society for "eight months".

"We have tried polite conversation, legal notices, regarding these episodes before, telling him categorically we would post it, letting it go, everything. I finally posted it on my social media because if not, I knew he would do it yet again.

"Truthfully, I was just really angry last night. We took it quietly for eight months, and something different was needed," he said.