The airman had fainted when the guard of honour was being presented to Seychelles President Danny Faure. 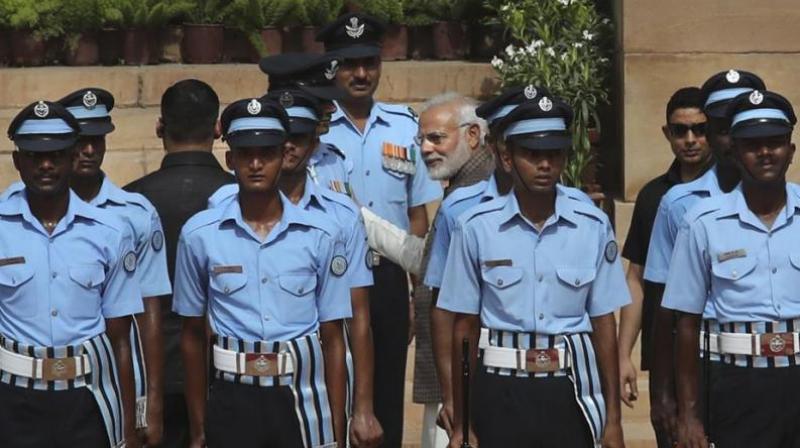 New Delhi: The summer heat took its toll on an Indian Air Force (IAF) personnel who collapsed during the guard of honour ceremony organised at the Rashtrapati Bhavan for visiting Seychelles President Danny Faure.

Faure, who is on his first bilateral visit to India, was accorded a ceremonial welcome at the Rashtrapati Bhavan by President Ram Nath Kovind and Prime Minister Modi Monday morning.

After the ceremony ended and the dignitary had left, Prime Minister Narendra Modi walked up to the airman and enquired about his health.

PM Modi asked him to be careful about his health.

After spending a few minutes with him, PM Modi left for his official residence, sources in the Prime Minister's Office said.

The airman had fainted when the guard of honour was being presented to the visiting dignitary. He was attended by his colleagues and others present there.