The report also made some negative observations about the Union government’s efforts to fight the menace of unaccounted income. 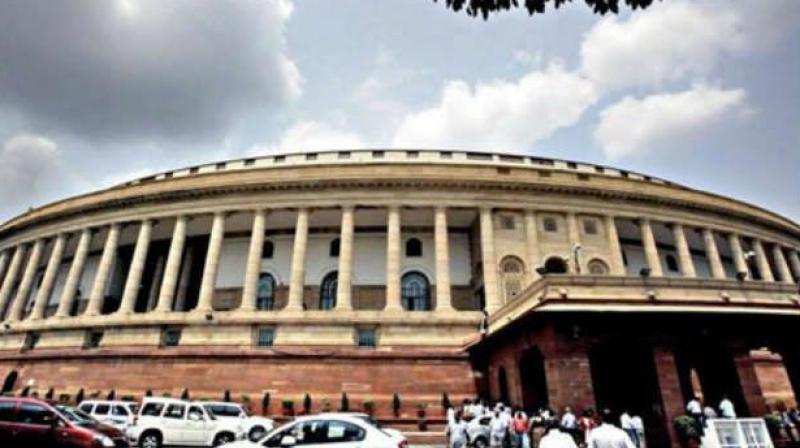 The government is likely to challenge certain sections of this black-money report soon after it comes up in both Houses of parliament. (Photo: File)

New Delhi: Unaccounted wealth outside the country held by Indians was estimated in the range of $216.48 billion to $490 billion over various periods between 1980 and 2010 in a report of the standing committee on finance tabled in the Lok Sabha on Monday. The report also made some negative observations about the Union government’s efforts to fight the menace of unaccounted income.

The government is likely to challenge certain sections of this black-money report soon after it comes up in both Houses of parliament. It is also expected that the government will defend the action already taken to control and arrest the flow of black money.

The panel, headed by Congress leader M. Veerappa Moily, had submitted its report to the Lok Sabha Speaker on March 28, well before the dissolution of the 16th Lok Sabha. Following the general elections, 17th Lok Sabha has been constituted.

The report is also expected to spark a BJP-Congress fight as Mr Moily has been quoted in the report as saying that the government’s efforts for bringing back black money are inconsistent.

As per the panel’s report, three separate studies were conducted by premier institutes such as National Institute of Public Policy and Finance (NIPFP), National Council of Applied Economic Research (NCAER) and National Institute of Financial Management (NIFM). In March 2011, all the three institutes were asked by the finance ministry to conduct studies to assess and survey unaccounted income and wealth both inside and outside the country.

The committee’s report also said that there are no reliable estimates of black money generation or accumulation neither is there an accurate well-accepted methodology for making such estimation.

“All estimates depend upon the underlying assumptions made and the sophistication of adjustments incorporated. Among the estimates made so far, there is no uniformity or consensus about the best methodology or approach to be used for this purpose,” it said.

As per the report, the NCAER study said that unaccounted wealth accumulated outside India is estimated to exist between $384 billion and $490 billion during the 1980-2010 period. The NIFM said results of estimation suggest that total illicit outflow at the current value (including opportunity cost) from India in the reform period (1990-2008) stands at `9,41,837 crore or $216.48 billion.

Illicit outflows from the country are estimated on an average at 10 per cent of the estimated unaccounted income. But NIPFP said that during 1997-2009, illicit financial outflows have been in the range of 0.2 per cent to 7.4 per cent of gross domestic product (GDP).

In order to clean up corruption, the BJP-led Narendra Modi government had come to power at the Centre in 2014 on its promises to get rid of black money, and thereafter the Congress repeatedly targeted the government over the issue, accusing it of failing to meet its promises.

It was also promised that black money stashed abroad would be brought back to the country. In 2016, while announcing the note ban, Mr Modi had said the one of the key objectives was to flush out black money.