Singh said it was extremely painful to see his daughter suffer every day. 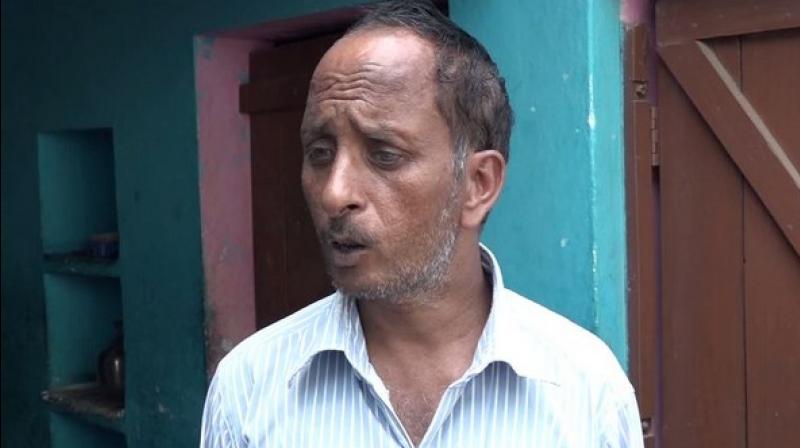 The father, Sumer Singh, has been running from pillar to post to get her daughter, Lalita, treated, but is unable to do so owing to his poor financial condition. (Photo: ANI)

Agra: A father of a 16-year-old girl, who is suffering from Aplastic Anaemia, has sought financial assistance from the Central Government for the treatment of his daughter.

The father, Sumer Singh, has been running from pillar to post to get her daughter, Lalita, treated, but is unable to do so owing to his poor financial condition.

Urging the government for assistance for her daughter's treatment, the father made an emotional appeal, "I want the government to help my daughter in getting the treatment. I have sold my land. My house is mortgaged. I have spent Rs 7 lakh on her treatment already. If she cannot be cured, then I wish to die."

Singh told ANI it was extremely painful to see his daughter suffer every day.

"She has been suffering for the last 19 months. I went to AIIMS in Delhi for her treatment but no doctor saw us. Then I went to Jaipur where doctors told me that she needed a bone marrow transplant from her brother to survive as hers' had completely become useless. They told me the operation alone would cost around Rs 10 lakh," he said.

He informed that the government had released Rs 3 lakh and wired the amount directly to the hospital in Jaipur.

According to an official letter, undersigned by AK Das, Under Secretary (Funds) dated 25/09/2018; the Prime Minister had sanctioned a sum of Rs 3 Lakh last year for Lalita's treatment from the Prime Minister's National Relief Fund.

Aplastic anaemia is a condition that occurs when the body stops producing enough new blood cells. It leaves a person at higher risk of infections and uncontrolled bleeding.