Student’s family no longer in a position to afford her treatment. 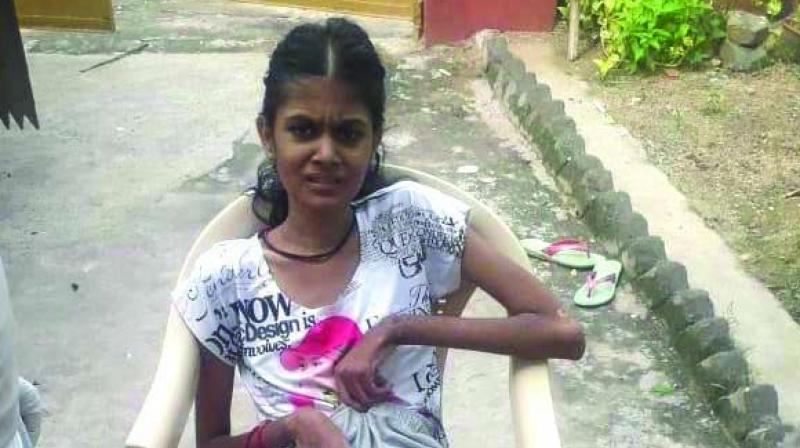 Odisha government had then announced ex-gratia for the family members of the deceased students and free medical treatment for the injured ones including Sheetal.

BHUBANESWAR: Just over a year ago, Sheetal Sahu, a student of Ranital High School in Rahanj area of Bhadrak district became bedridden after she was injured in a road mishap. Now after a year of hardship and struggle with her partial immobility, she has become the talk of the town for her decision of seeking euthanasia (the practice of intentionally ending a life to relieve pain and suffering), as her family is no longer in a position to afford her treatment.

According to sources, five students were killed, while six others, including Sheetal were injured critically when a speeding truck ran over them on July 19, 2018 when they were returning home after attending school.

Odisha government had then announced ex-gratia for the family members of the deceased students and free medical treatment for the injured ones including Sheetal.

However, as the state government has allegedly failed to keep its promise, Sheetal’s family is now unable able to afford her expensive treatment.

While Sheetal’s left hand has become completely non-functional, her right leg is also slowly becoming the same. Unable to bear the pain, she has decided to seek legal permission to end her life. Meanwhile, on Bhadrak Sadar MLA Sanjib Mallick helped Sheetal get admitted to All India Institute of Medical Sciences, Bhubaneswar on Monday.

Moved by her plight as reported in the media, Mr Mallick had visited her house Thursday evening and promised her help.

Sheetal was first treated at the Bhadrak district headquarters hospital and then admitted to the SCB Medical College and Hospital in Cuttack. After undergoing treatment for two months, she had to return home as her father was not able to afford her treatment any longer.