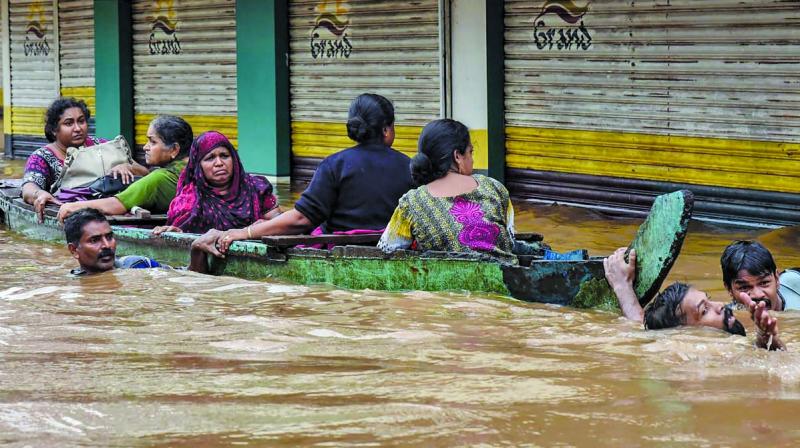 Around 9934 house owners informed the government that they will build houses on their own, Kerala Revenue Minister E Chandrasekharan added. (Photo: File)

Thiruvananthapuram: Kerala Revenue Minister E Chandrasekharan said in the assembly on Tuesday that the state government has rebuilt over 2995 houses damaged in the deluge.

"A total of 15394 houses were completely destroyed in the flood and the Kerala government has rebuilt over 2995 houses. Besides, the first instalment to construct houses was distributed to 9737 house owners," the minister said.

Around 9934 house owners informed the government that they will build houses on their own, he added.

Meanwhile, United Democratic Front (UDF) Member of the Legislative Assembly (MLA) V D Satheesan sought permission for an adjournment motion in the House to discuss the failures from the part of the government in rebuilding Kerala project and the delay in providing relief funds to the affected.

Kerala was hit by massive floods in August last year, which claimed over 357 lives. Moreover, the state incurred losses worth Rs 19,512 crore.