India   All India  25 Jun 2020  Major fire breaks out in Mumbai commerical building, none injured in third such incident today
India, All India

Major fire breaks out in Mumbai commerical building, none injured in third such incident today 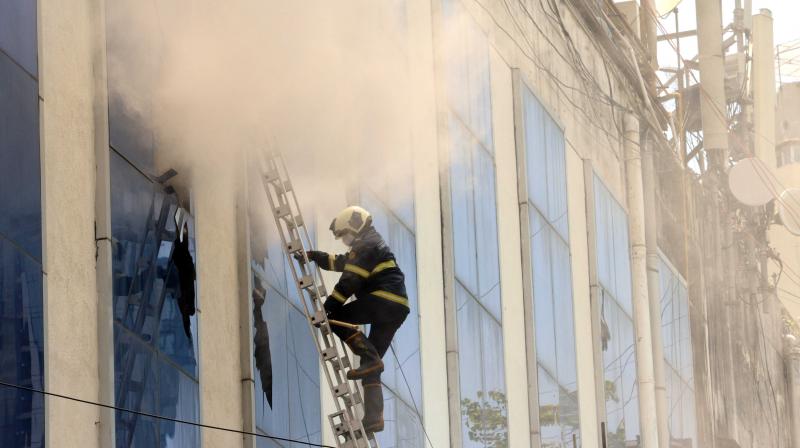 Mumbai: A major fire broke out in a three-storey commercial building in Raghuvanshi Mill Compound at Lower Parel on Thursday morning, the third such incident in the city since midnight, officials said.

No casualty was reported in the blaze, that erupted around 9.30 am in the ground floor of P-2 building located inside the mill compound, a fire brigade official said. The flames later spread to the first and second floors of the building, he said.

At least 12 fire engines were engaged in efforts to douse the flames, he said. "Fire fighting is one at the spot. There is no report of injury to anyone till now," the official said.

Earlier, a fire broke out at the office of the Bank of Bahrain and Kuwait at Nariman Point in South Mumbai around 5.15 am. Besides, two godowns were gutted in a blaze at an industrial estate in Marol area of Andheri at around 12.45 am. No casualty was reported in these two incidents, officials said.