A breach of privilege notice is given by an MP against a House member accused of withholding or distorting facts. 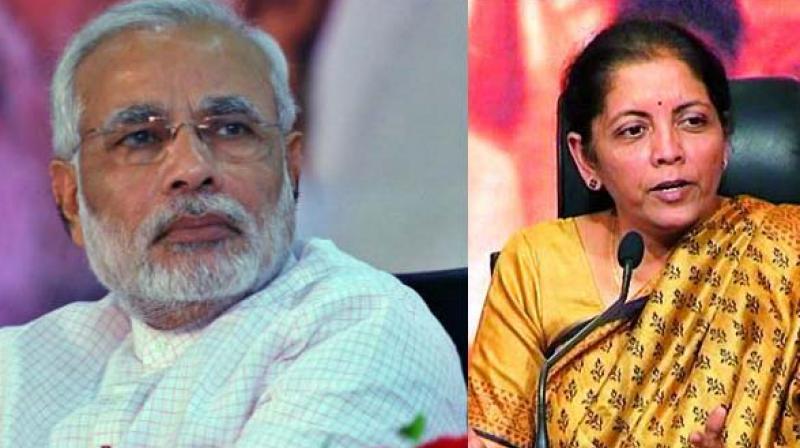 In the letter sent to Lok Sabha Speaker Sumitra Mahajan, Congress leader in Lok Sabha Mallikarjun Kharge alleged that Mr Modi misled the House by claiming that the Rafale deal was transparent and the defence minister had withheld facts during the non-confidence motion debate on July 20.

Mr Kharge claimed that not disclosing price details of the Rafale deal was never in the confidentiality agreement signed in 2008 between India and France.

“The Prime Minister had asserted that the demand for revealing the purchase price of Rafale jet fighter was against the interest of the nation… He had further claimed the acquisition of Rafale jets is fully transparent whereas the defence minister… refused to reveal the price citing a confidentiality agreement between the two countries, India and France in 2008,” he said.

Ms Sitharaman had “knowingly and intentionally misled Parliament by withholding information that the government is obliged to reveal to Parliament”, he added.

“The Prime Minister has, along with the defence minister, deliberately misled the House, it is, therefore, requested that this notice of breach of privilege be accepted and referred to the privilege committee for further proceedings,” the notice against the Prime Minister said.

The Congress claims that the price of 36 Rafale jets, as per an international bid in 2012 during the UPA government, came to Rs 18,940 crore. However, the Modi government purchased the same number of aircraft for Rs 60,145 crore, paying an “extra amount” of Rs 41,000 crore  from public money.

The Congress also accuses the Prime Minister of favouring “one industrialist” in the Rafale deal.

The Congress MPs’ privilege notices appear to be a retaliatory action against the ruling BJP whose four MPs — Nishikant Dubey, Anurag Thakur, Dushyant Singh and Prahlad Joshi — submitted privilege notices on Monday against Congress president Rahul Gandhi, accusing him of “misleading” Parliament by making “false” allegations against Mr Modi and Ms Sitharaman during the July 20 debate.

On Tuesday, Mr Gandhi took a fresh pot shot at the Rafale deal and tweeted, “Since 2014, India has had four revolving Raksha Mantris. Now we know why. It gave the PM space to personally re-negotiate Rafale with the French… India has had 4 ‘Rafale Mantris’. But none of them knows what really transpired in France. Except the PM.”

Quoting the Indo-French inter-governmental agreement (IGA) on purchase of Rafale jets, the Congress notice said, “…protection of the classified information and materials exchanged under the IGA shall be governed by the provision of Security Agreement signed on January 25, 2008”.

The 2008 confidentiality agreement is restricted only to classified information that is related to security and weapon specifications and does not refer to the price for purchase or acquisition, the notice said.

The IGA is not specific to Rafale jet deal and does not prohibit the disclosure of purchase price to Parliament, it added.

In a social media post, Mr Jaitley said, “Its (Congress) strategy is one of distortion. If you have no issue, manufacture one. Hence, the Rafale’s fake controversy.” Mr Jaitley said the Rafale issue has failed to cut ice as the fighter jet deal was a government-to-government agreement with no involvement of a private player.

France has also said that the security agreement it concluded with India in 2008 legally binds the two countries to protect the classified information relating to operational capabilities of defence equipment, he added.