India   All India  25 Jul 2019  Cong, AAP didn't do anything to regularise unauthorised colonies in Delhi: BJP leader
India, All India

Cong, AAP didn't do anything to regularise unauthorised colonies in Delhi: BJP leader 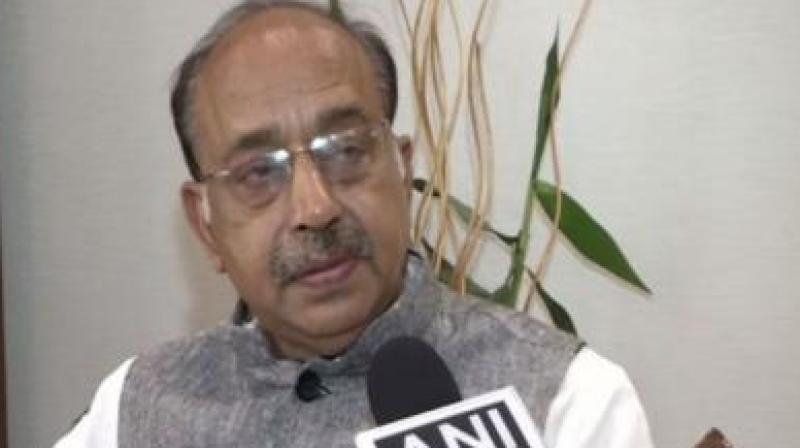 New Delhi: Senior BJP leader Vijay Goel on Thursday attacked the Congress and the ruling AAP in Delhi, saying both the parties had "fooled" the people on the issue of regularising unauthorised colonies.

The Unauthorised Colony Mahasangh led by the BJP leader held a protest at the Jantar Mantar on the issue and accused Chief Minister and Aam Aadmi Party (AAP) supremo Arvind Kejriwal of "misleading" the people on regularisation of unauthorised colonies.

When the Centre formed a panel headed by the lieutenant governor to recommend parameters for regularisation of unauthorised colonies and it came out with a report, Kejriwal felt that he could "fool" the people and take credit for the work done by the central government, he said.

"The people of Delhi cannot be fooled. The regularisation of such colonies can only happen when there is a BJP government in the national capital. It will work in tandem with the BJP-led NDA government at the Centre. Kejriwal does not cooperate with the Centre," Goel claimed.

The former Delhi BJP chief said it was due to Kejriwal's "lies" that the AAP has only won an election once and has never won after that.

Hans accused Kejriwal of "betraying" Delhiites and not taking any concrete steps for regularisation of such colonies.

Earlier this week, Union Housing and Urban Affairs Minister Hardeep Singh Puri had accused the Delhi government of trying to take credit of regularising these colonies.

However, Kejriwal had said that the Centre can take credit, but the AAP dispensation just wants regularisation done so that people living there can get their rights