Security forces launched a cordon-and-search operation in the Ranbirgarh area. 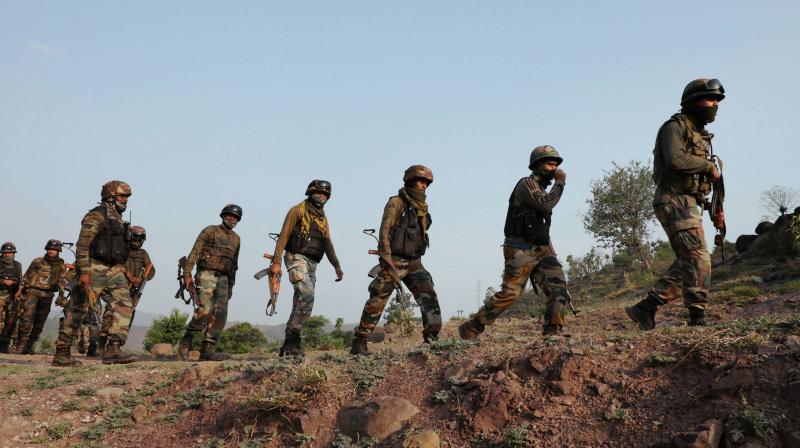 Srinagar: A top commander of the Lashkar-e-Taiba (LeT) was among two militants killed in an encounter with security forces on the outskirts of Srinagar on Saturday, police said.

The encounter ensued when the militants opened fire on a search team.

Security forces launched a cordon-and-search operation in the Ranbirgarh area on the outskirts of the city this morning following specific information about the presence of militants there, a police official said.

He said as the forces were conducting the search, militants fired upon them. The forces retaliated, triggering a gunfight.

The police said one of the two slain militants was identified as Ishfaq Rashid, a resident of Sozeith in Srinagar.

Rashid was one of the top LeT commanders active in Kashmir Valley since 2018. He was wanted in many cases of terror violence, the police said.

The second militant has been identified as Aijaj Bhat, an important LeT cadre from Pulwama district of south Kashmir.

Security forces have recovered an AK-47 rifle and a pistol from the site of the encounter.

Tags: encounter in jammu and kashmir, militancy in kashmir