India   All India  25 Aug 2017  Everything you wanted to know about Ram Rahim's rape case
India, All India

Everything you wanted to know about Ram Rahim's rape case

Quantum of sentence will be announced on August 28. 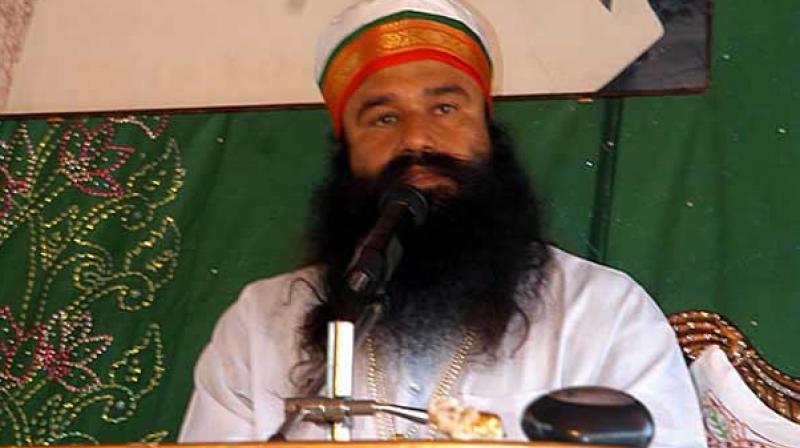 Popularly known as Baba Gurmeet Ram Rahim Singh claims to command a veritable following of more than 60 million of his faithfuls, especially the Dalit Sikhs, according to the website of his organisation Dera Sacha Sauda. (Photo: File | PTI)

New Delhi: The rape charges against Dera Sacha Sauda (DSS) chief Gurmeet Ram Rahim Singh, regarded as a spiritual leader, has shocked millions of his followers spread across several states with a large concentration in the states of Punjab, Haryana and Himachal Pradesh.

Gurmeet Ram Rahim, was on Friday held guilty by the Special CBI Court of Panchkula. The quantum of sentence will, however, be announced on August 28.

Popularly known as Baba Gurmeet Ram Rahim Singh claims to command a veritable following of more than 60 million of his faithfuls, especially the Dalit Sikhs, according to the website of his organisation Dera Sacha Sauda.

1. In 2002, two women, who used to be members of the Dera Sacha Sauda (DSS), accused that they were sexually exploited by the spiritual leader Baba Gurmeet Ram Rahim Singh at the headquarters of the sect in Haryana's Sirsa.

2. The case begun with a anonymous letter sent to the then Prime Minister Atal Bihari Vajpayee, by a Sadhvi, who was part of the organisation, narrating how Singh raped her along with various other Sadhvis.

3. According to the media reports, the Sadhvi accused that the spiritual leader Ram Rahim summoned her one night to his room where a pornographic film was running in the background and he possessed a revolver.

4. The Sadhvi alleged that she was sexually assaulted by Singh for three years, and 35-40 other women also suffered the same fate.

5. The Punjab and Haryana High Court took suo motto cognisance of the explosive letter, and the matter was subsequently referred to the CBI in September 2002.

6. 18 Sadhvis were questioned by the investigating agency and two of them levelled allegations of rape against the spiritual leader.

7. One Sadhvi accepted to investigation officials of CBI that she was raped, but she justified her rape on the grounds that it would "purify" her.

8. Testimonies of the two women were recorded under Section 164 of CrPC by CBI, which implied that these statements could be produced in court as evidence.

10. On 23 October 2002 a journalist (the editor of Poora Sach, a local daily from Sirsa) Ram Chander Chattrapati was also killed.

11. It was alleged that Ram Chander Chattrapati - the editor of Poora Sach,- was killed because he reported on the nefarious happenings within the Dera Sacha Sauda.

12. The slain Ranjit Singh was believed to have been involved in the drafting of the anonymous letter making rape allegations against the DSS chief.

13. Singh was named as an accused in both the killings of DSS member Ranjit Singh on 10 July 2002 and journalist Ram Chander Chattrapati on 23 October 2002.

14. However, DSS chief Singh consistently denied charges of rape saying, he was 'Not fit to Indulge in physical relationships'.

16. In 2008, the trial against the spiritual leader commenced following the charge sheet filed by CBI.

17. On 6 September 2008, the CBI charged DSS chief Singh under Section 376 (rape) and Section 506 (criminal intimidation) of the Indian Penal Code.

18. In April 2011, after three years of the charge sheet filed against Singh, the CBI court was shifted from Ambala to Panchkula.

19. The DSS chief has consistently dismissed the charges of rape and murder against him as false and baseless.

20. In 2014, Singh even conveyed to the Panchkula court that "he was not fit to indulge in physical relationships", according to his counsel SK Garg Narwana.