Not afraid of you, Narayan Rane tells Shiv Sena 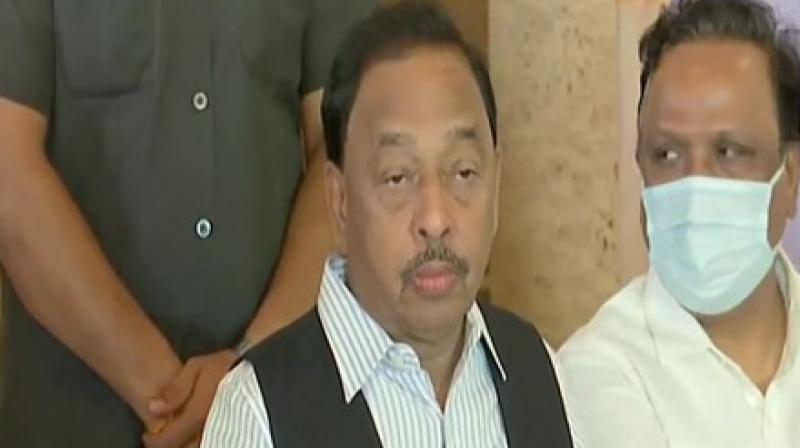 Mumbai: Union Minister Narayan Rane on Wednesday asserted that he is not afraid of anyone, and thanked BJP leaders for standing behind him after his arrest for alleged "derogatory remarks" against Maharashtra Chief Minister Uddhav Thackeray.

Addressing media after getting bail from the local court in Mahad of Raigarh district, Rane said he will resume his Jan Ashirwad Yatra from Friday.

"I am not afraid of you (Shiv Sena). My party leaders have stood behind me and I want to thank them all. The Jan Ashirwad Yatra will resume from the day after tomorrow," said Rane.

The Union Minister added that he would not "allow" the West Bengal-like environment to be created in Maharashtra.

Attacking Shiv Sena for its complaint against him, Rane reminded the party to "not forget" that he had a "big role in spreading Shiv Sena and making it big".

"The verdict in all cases (by Shiv Sena) filed against me in Bombay High Court has come in my favour. This is an indication that the country is run by laws," said the Union Minister.

Speaking about his "slap" remark against Maharashtra Chief Minister, Rane further asserted that he has "not said anything wrong". "But, if Devendra Fadvanis says it is wrong, then I will accept it, as he is our 'margdarshak' (guide)," Rane said.

Rane, who was arrested on Tuesday evening was granted bail a few hours later by the local court in Mahad of Raigarh district earlier today.

The Union Minister was arrested in Ratnagiri district after several FIRs were registered against him at many places including Nashik and Pune, based on the complaints filed by Shiv Sena leaders for his remarks against Thackeray.

Rane on Monday accused Thackeray of ignorance about the year of India's independence at an event and said "I would have given (him) a tight slap."