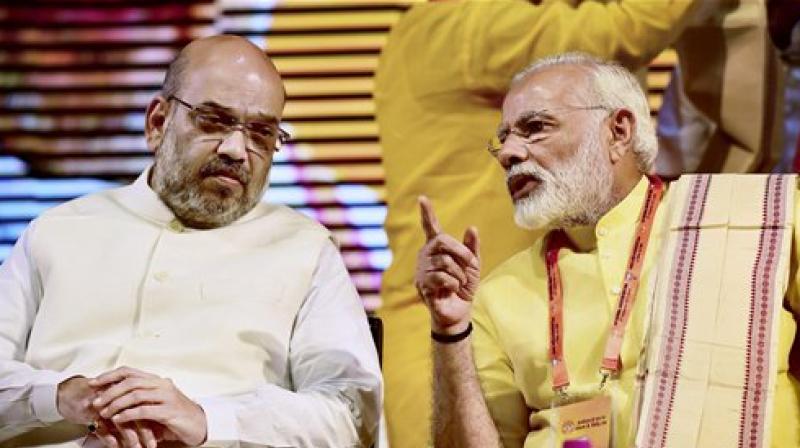 In his address at University of California in Berkeley, earlier in September, Rahul Gandhi said that dynastic politics is a "problem" in India, but maintained that a large number of people in his party did not have a dynastic background.

Amit Shah in his address also said, "BJP believes in politics of performance, Congress in dynasty and politics of appeasement."

Shah also asked the party workers to pledge for 'New India' and take the Centre's initiative forward to people across India. He also asked members to cooperate and seek people's cooperation to make Prime Minister's vision of 'New India' a reality.

Shah in his inaugural address at the executive meet said that the government has been relentlessly working in the interests of the poor.

Shah said that from October 3-17, BJP workers will do a 'padyatra' (march) in Kerala and connect with the people.