Which part of 8(1)(a) of RTI Act is invoked to deny and what is the justification for such invocation, he asked. 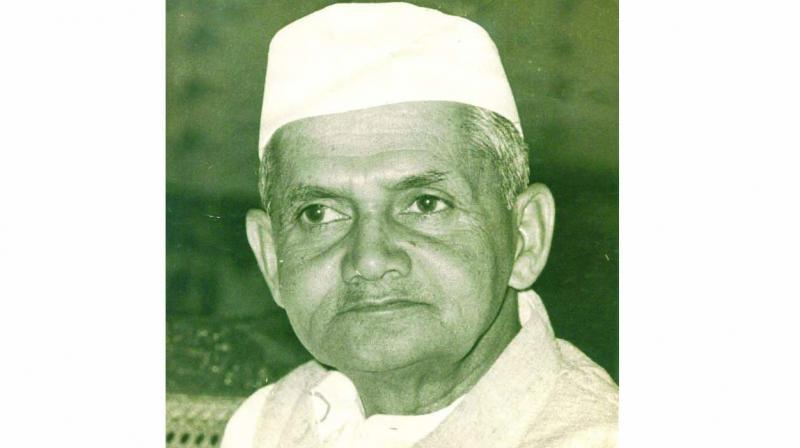 New Delhi: The Central In formation Commission on Monday stated that all classified records pertaining to former Prime Minister Lal Bahadur Shastri’s death should be placed before the Prime Minister and home minister to take call on their declassification. The directives were issued to the central public information officers of the Prime Minister’s Office, External Affairs Ministry and Home Ministry on the plea of an RTI applicant seeking to know if autopsy was done on Shastri who had died on January 11, 1966 in Tashkent in a Soviet dacha. “The Commission directs... To place all those so-called ‘classified papers’ before the prime minister and the home minister, who are recommended to consider the fundamental right to know and demand of the people... To declassify (the records) either through an expert committee or by any other process to get the mystery probed and resolved,” information commissioner Sridhar Acharyulu said.

He also expressed surprise that there are no records with the Rajya Sabha pertaining to the Raj Narain Committee to look into Shastri’s death initiated during the Janata Party government in late seventies. “Parliament is known for meticulous maintenance of documents. Every word uttered in Parliament is recorded and kept in public domain, a humongous task the office is perfectly performing. Then how such a significant record disappeared,” he said. Acharyulu recommended that the “constitutional authorities” in Parliament to probe or make efforts to secure the committee records.

Shastri had died in Tashkent, hours after signing a declaration with Pakistan President Muhammad Ayub Khan post-1965 Indo-Pak war during talks moderated by Soviet Premier Alexei Keynoting. He reportedly died from a massive heart attack but questions were  raised on the circumstances of his death on foreign soil when cold war was at its peak.

The conspiracy theories were further fuelled after the central government started denying documents, under the RTI Act, related to his death calling them secret and disclosure prejudicial to the interests of the country. “In view of the startling incidents that followed the mysterious death, such as killing of his personal doctor and assistant in two separate ‘accidents’, disappearance of records of Rajya Sabha Committee’s probe, and various significant points raised by journalists... Shastri’s wife Lalitha, other family members, the Commission is of opinion that the Union government has a duty to explain the nation why and how Lal Bahadur Shastri died in Tashkent,” he said. Except a medical report, nothing is disclosed, and mystery is being allowed to persist, he noted.

Section 8(1)(a) exempts from disclosure the information which would prejudicially affect the sovereignty and integrity of India, the security, strategic, scientific or economic interests of the State, relation with foreign State or lead to incitement of an offence.

“People’s right to know the ‘truth’ behind the death of Shastri cannot be brushed aside on the ground of Section 8(1)(a) en bloc. A committee of experts should be constituted to examine the need of declassification of such records,” he said.

Acharyulu underlined a home ministry response in the Lok Sabha that classification of documents is not being done under the Officials Secrets Act and is being done by ministry concerned. He asked the government to answer which ministry has classified documents related to Shastri’s death, nature of classifications of these documents- ‘top secret’, ‘secret’ or ‘confidential’ and the basis of it.  Which part of 8(1)(a) of RTI Act is invoked to deny and what is the justification for such invocation, he asked.

Besides period for which classification stands, the period prescribed for classification of Shastri documents, whether any ministry is considering declassification, and why can not documents can be disclosed after severing confidential parts, he asked. Acharyulu said the present government has taken a historical decision to declassify 33 of Netaji Subhas Chandra Bose related files on December 4, 2015, thereafter 37 and 25 files and made 100 files digitally available on January 23, 2016, to meet the long standing public demand to access these files.  “When Pentagon papers in the US and Netaji papers in India could be declassified why not Shastri papers also,” he asked.