Goa to host Indian Maritime Conclave from October 3 to 5

The event is likely to be attended by chiefs of navies and their representatives from Indian Ocean littoral countries. 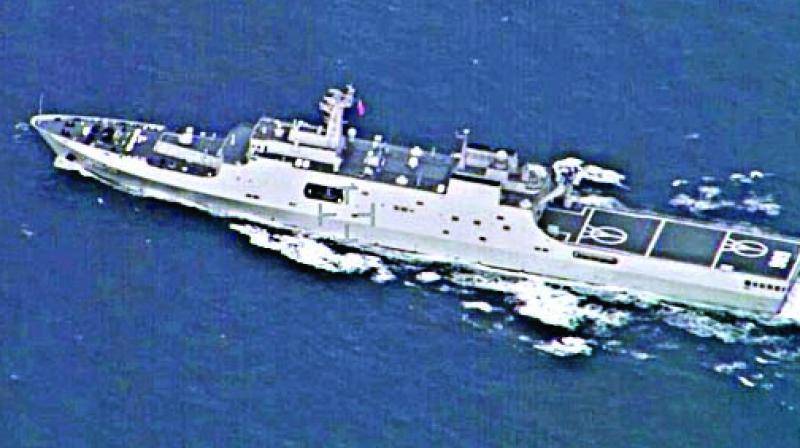 Panaji: The Indian Navy will host 'Goa Maritime Conclave - 2019' from October 3 to 5 here, in its bid to foster friendly relations with maritime neighbours.

The event is likely to be attended by chiefs of navies and their representatives from Indian Ocean littoral countries, which include Indonesia, Malaysia, Singapore, and Thailand from South East Asia; Bangladesh, Myanmar, and Sri Lanka from India's immediate neighbourhood; and the island nations of Seychelles, Mauritius and Maldives.

The focus of the conclave is on capacity building among Indian Ocean Region (IOR) navies to tackle emerging maritime threats, as well as discussing cooperative strategies for enhancing interoperability among partner maritime agencies.

Naval War College, Goa, is hosting the event which is a follow-on to the maiden Goa Maritime Conclave held in 2017.

The theme for the conclave is "Common Maritime Priorities in Indian Ocean Region (IOR) and need for Regional Maritime Strategy".

The conclave will facilitate interaction between the participating navies and maritime agencies in the IOR on common issues of maritime interest.

It will play a constructive role in bringing together stakeholders that have a role in evolving strategies, policies and implementation mechanisms in the maritime domain.