India   All India  25 Oct 2017  It was a pre-planned murder by her husband: mother of cross-country rider
India, All India

It was a pre-planned murder by her husband: mother of cross-country rider

Her husband Abdul Nadeem, who was driving, has been badly injured and is in hospital. 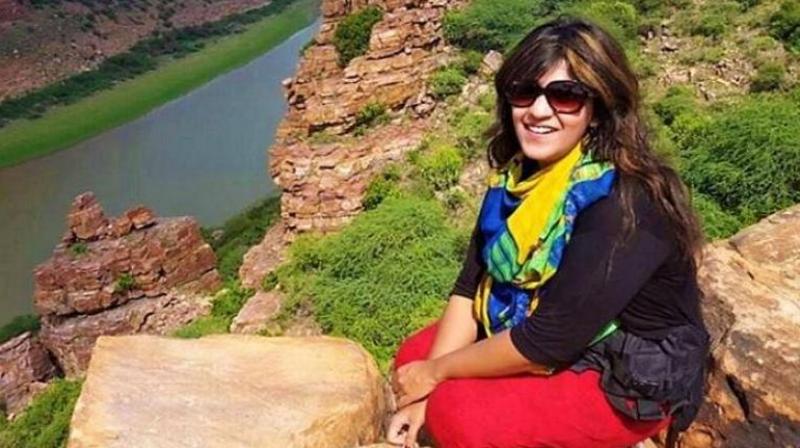 The Hyderabad-based rider hit the headlines a few years ago when she undertook the solo motorcycle expedition across the country. (Photo: Facebook/File)

Hyderabad: A day after cross-country woman motorcycle rider Sana Iqbal died in a car crash, her mother on Wednesday alleged that it was a "pre-planned murder" which the deceased's husband was trying to portray as an accident.

The police, to whom Iqbal's mother has complained alleging that the incident was a pre-planned murder, however, maintained it was a road accident.

Sana's family claimed that she had earlier lodged a complaint with Humayun Nagar Police, but no action was undertaken.

Noted cross-country motorcycle rider, Sana Iqbal, from Hyderabad, who had completed a countrywide solo expedition to create awareness about suicide, was killed in a car crash in Sun City in the early hours of Tuesday.

Her husband Abdul Nadeem, who was driving, has been badly injured and is in hospital.

A case was later registered for causing death by negligence and other relevant sections of the Indian Penal Code, the police said.

However, Iqbal's mother alleged that her daughter was murdered and that it was being projected as an accident.

"Yesterday, he (Iqbal's husband) planned it in such (a way) that...and gave it a turn as an accident. But, it was a pre-planned, well organised and a cold-blooded murder," Iqbal's mother alleged.

Deputy Commissioner of Police (Madhapur zone) Vishwa Prasad told PTI that as per the preliminary investigation, it was a road accident and there was no suspicion over it.

He, however, said they will also verify the allegations of the Iqbal's mother.

Inspector Goud said as per their investigation it was an accident. He said Iqbal's mother has complained to the police alleging it was a pre-planned murder and that they have told her and other family members to produce an evidence for it.

Last month, Iqbal had sent a message from her phone to a few friends and family members purportedly saying her life was in danger and that her husband or in-laws should be held responsible in case she died of a heart attack or a brain stroke, the police official said.

"There may have been some dispute between Iqbal and her husband. The message was sent at that time and it has no connection with the road accident," Goud said.

The Hyderabad-based rider hit the headlines a few years ago when she undertook the solo motorcycle expedition across the country.

The focus of her campaign was to educate people, particularly students, against committing suicide.

She was also a professional trainer and a student of psychology, and had addressed thousands of students in colleges.