Harish Rawat said GST, note ban have caused great hardship to people and they would express their anger in the Himachal and Gujarat polls. 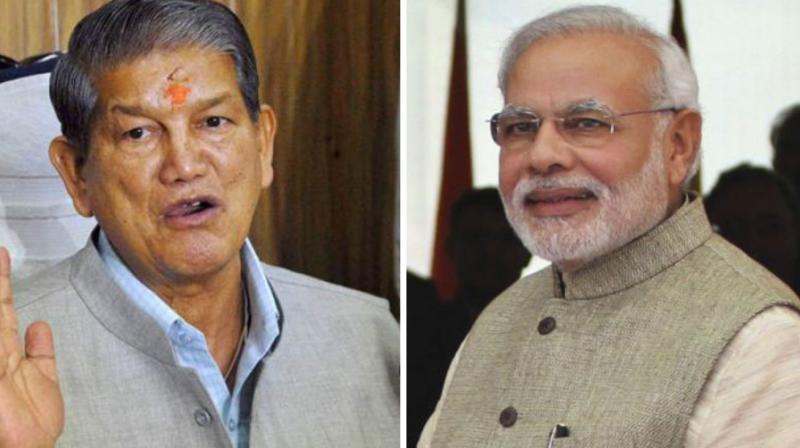 Shimla: Former Uttarakhand Chief Minister Harish Rawat on Tuesday claimed that the Modi wave was fading in the country and decisions like demonetisation and imposition of the Goods and Services Tax (GST) have hit India's economy.

The Congress leader was in Shimla to campaign for his party's candidates for the November 9 Himachal Pradesh polls.

These decisions have caused great hardship to the common man and the people would express their anger in the assembly elections in Himachal Pradesh and Gujarat, he said.

The BJP would suffer massive defeat in the states and the "EVM magic" which helped the party win elections in Uttarakhand, will not be there in these polls as people have lost trust Prime Minister Narendra Modi, Rawat claimed.

The former chief minister accused the NDA government of discriminating with Himalayan states.

He claimed that though special category status of these states had been withdrawn, Himachal Pradesh had made big strides in development and Chief Minister Virbhadra Singh has emerged as role model.