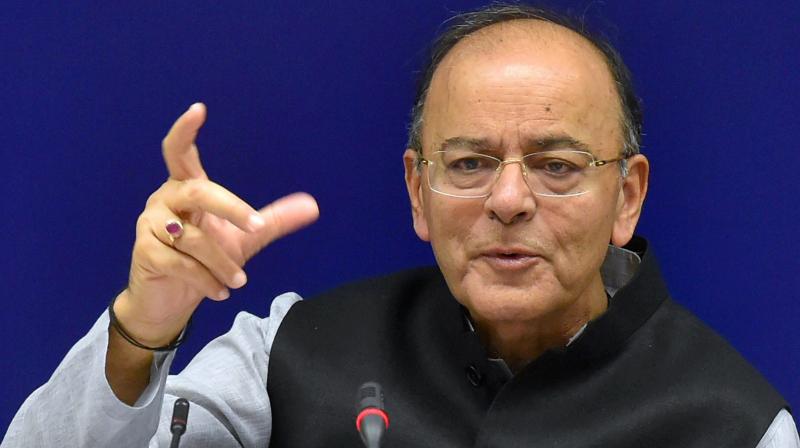 On the evening of November 8, 2016, Prime Minister Narendra Modi, in his address to the nation, scrapped 1,000 and old 500 rupee notes, in an attempt to tackle black money and corruption.

Jaitley said that all the prominent leaders, ministers, MPs and MLAs of BJP will hold a slew of programmes across the country and will highlight the achievements after demonetisation.

"I think the Congress has not understood the concept of demonetisation. The ownership of cash is not known, it is an anonymous owner. So when cash gets deposited in banks, what was being laundered earlier, now gets into the law books. So for entry into the lawful system, you are liable to pay tax," Jaitley said.

Lauding demonetisation and Goods and Services Tax (GST), Jaitley said, "The government has expanded digitisation and tax base across the country."

He said the objective of demonetisation is not confiscation of money but squeezing the quantum of cash.

Jaitley lashed out at the Congress saying, "Those who ruined the nation are now giving sermons."

“Congress had adequate opportunity to be in power, and I can’t recollect a single significant step that they ever took against black money,” he added.

The Opposition had, on Tuesday, said that an amalgamation of 18 parties will ensure that the day is observed as a "black day" with protests and rallies in different states.