India   All India  25 Oct 2019  'Look forward to opening of Kartarpur corridor in Nov,' US assistant secretary
India, All India

'Look forward to opening of Kartarpur corridor in Nov,' US assistant secretary

The agreement was signed at Zero Line on International Border at Dera Baba Nanak in Punjab's Gurdaspur district. 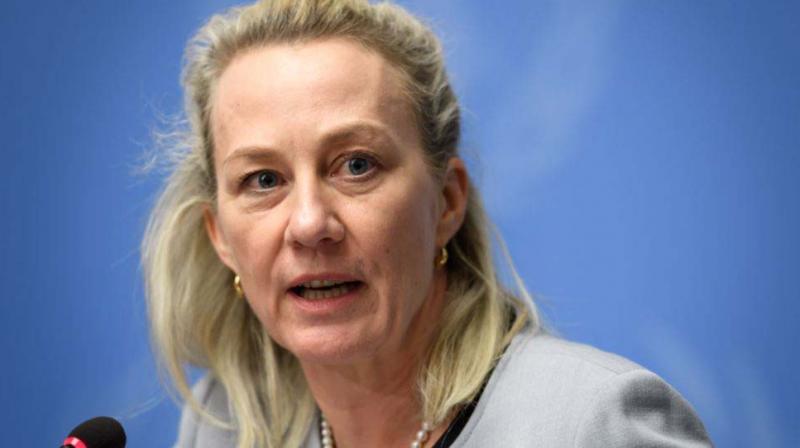 Washington: Alice Wells, US Acting Assistant Secretary of State for South and Central Asia on Friday welcomed the agreement between India and Pakistan on the Kartarpur Corridor.

"Welcome news of a finalized agreement that paves the way for a corridor between India and Pakistan, allowing Sikh pilgrims to visit Gurdwara Kartarpur Sahib. We look forward to the formal opening in November. Building people-to-people ties between neighbors is good news," Alice Wells wrote on Twitter.

On Thursday, India signed an agreement with Pakistan on the modalities for operationalising Kartarpur Sahib Corridor, paving the way for its inauguration next month ahead of the 550th birth anniversary of Guru Nanak Dev.

The agreement was signed at Zero Line on International Border at Dera Baba Nanak in Punjab's Gurdaspur district.

Although the agreement has been signed, New Delhi has expressed disappointment that Islamabad has refused to waive USD 20 service charge on Indians visiting Kartarpur Sahib.

It has urged Pakistan to reconsider its decision given the "religious and spiritual sentiments" of the pilgrims.

The corridor connects the Dera Baba Nanak shrine in Gurdaspur in India to Darbar Sahib Gurudwara in Kartarpur, Paksitan.

The first group of pilgrims from India is expected to depart on November 9.