During the entire exercise, the Chief Minister kept close tabs on the Maharashtra and Haryana Assembly election results. 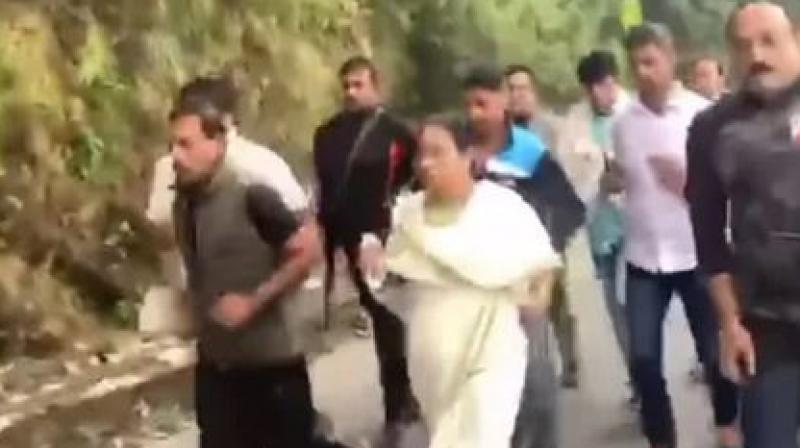 Darjeeling: West Bengal Chief Minister Mamata Banerjee, for the first time, was seen out on a jog in the hills of Darjeeling on Thursday. She went on a 10-kilometre jog along with her entourage and journalists to create awareness on conservation.

During the entire exercise, the Chief Minister kept close tabs on the Maharashtra and Haryana Assembly election results. She has however, so far, not reacted on the outcome.

Banerjee marched the entire 5-km stretch - the downhill route from Kurseong to Mahanadi area - and uphill route back to mark International Day of Climate Action.

Banerjee tweeted: "On the International Day of Climate Action, let us all solemnly pledge to make every effort to conserve the environment and save our planet. Save Green, Stay Clean."