'We did it papa': Riteish Deshmukh celebrates brothers’ election victory 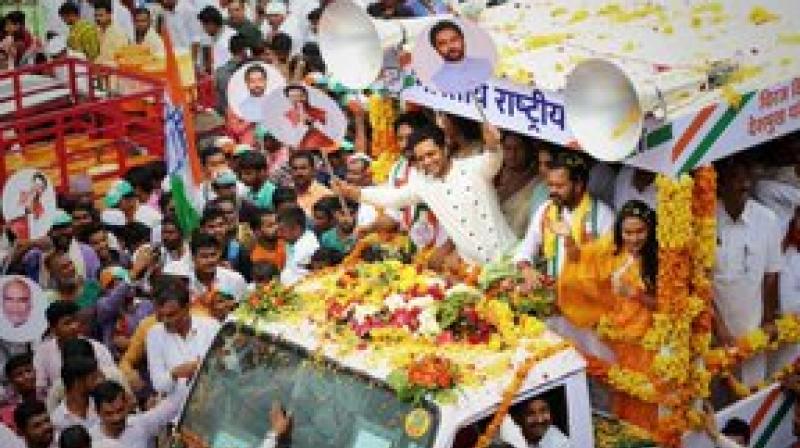 The tweet was accompanied by a picture of him dressed in a white kurta-pajama and looking intently into the distance. (Photo: Twitter)

Mumbai: The newly-elected Maharashtra Assembly will get a pair of brothers -- Amit Deshmukh and Dhiraj Deshmukh -- who will carry forward the legacy of their father, late Vilasrao Deshmukh.

Thank you people of Latur for this faith & trust. pic.twitter.com/pOGFsmoEJU

The tweet was accompanied by a picture of him dressed in a white kurta-pajama and looking intently into the distance. Another photo showed the three brothers during campaigning.

Dhiraj, who cut his political teeth as a Zilla Parishad member in Latur, won the Latur Rural Assembly seat by a handsome margin of 1.21 lakh votes. His elder brother Amit was set to retain his Latur City seat for a third consecutive time as he was ahead by a comfortable margin of more than 40,000 votes over his nearest rival till late Thursday evening.

Vilasrao Deshmukh, who was chief minister between 1999-2003 and 2004-2008, nurtured his home district Latur in central Maharashtra during his decades-long political career.