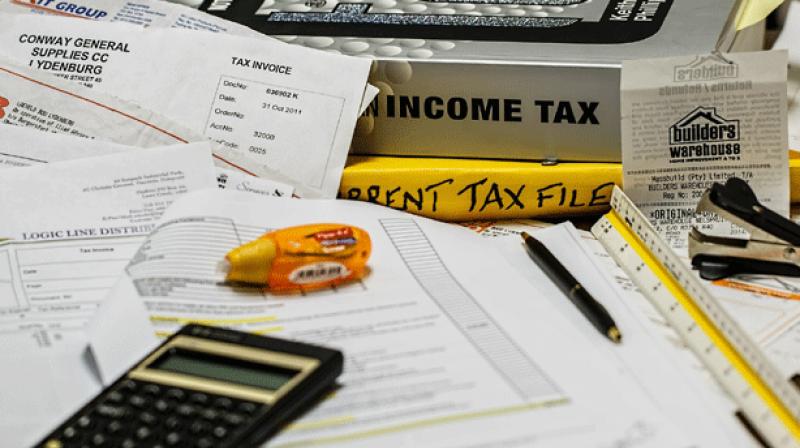 Prime Minister Narendra Modi held a meeting of the Cabinet on Thursday evening, the second one in 24 hours, to discuss the matter. (Photo: PTI)

New Delhi: The Union Cabinet on Thursday is learnt to have cleared significant amendments in the Income-Tax Act fixing the quantum of levy of high penalty on “unaccounted” funds deposited in banks after implementation of demonetisation on November 8.

There is speculation that the penalty could be close to 60 per cent income-tax on unaccounted deposits in banks above a threshold post demonetisation of high-value currency notes.

Prime Minister Narendra Modi held a meeting of the Cabinet on Thursday evening, the second one in 24 hours, to discuss the matter. Though there was no official confirmation of details of the meeting, sources said the government could formally announce the amendments in the I-T Act in Parliament Friday and there is a likelihood that Mr Modi may intervene in the Lok Sabha over this matter.

Sources said the meeting was called at short notice by the PM to apparently discuss the penalty of 200 per cent tax that is keeping away the scrapped Rs 500 and Rs 1,000 notes from entering the formal system. Though the government had earlier mentioned the levy of 200 per cent penalty on “unaccounted funds” deposited in banks after November 8, sources said the Cabinet meeting was called as an afterthought to discuss what should be the actual quantum of the penalty.

The meeting comes amid reports of the high tax penalty terrifying people from putting their cash savings into the banking system.

The Cabinet also met in the backdrop of banks reporting over Rs 21,000 crores being deposited in zero-balance Jan Dhan accounts in two weeks after the Rs 500 and Rs 1,000 rupee notes were withdrawn, which the authorities suspect may be laundered black money.

The income-tax department had previously warned that cash deposits above Rs 2.5 lakhs post-demonetisation could attract taxes plus a 200 per cent penalty in case of income mismatch. It was stated that the department was tracking all cash deposited between November 10 to December 30, 2016, above a threshold of Rs 2.5 lakhs in every account.

This had put a fear in people, with reports of the banned currency even being destroyed in some places.