India   All India  25 Nov 2017  'No longer a disturbed state,' says Nagaland; opposes proposal for extension of AFSPA
India, All India

'No longer a disturbed state,' says Nagaland; opposes proposal for extension of AFSPA

The home ministry has proposed to extend it for another six months in Nagaland from December, after its term of extension lapses. 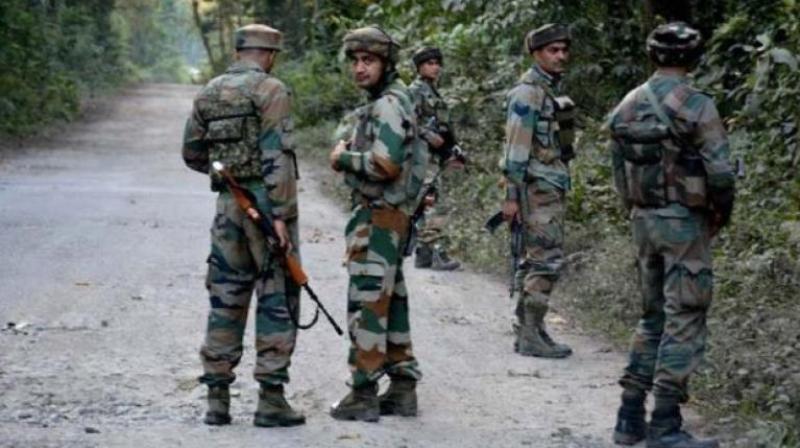 In a gazette notification in June this year, the home ministry had extended the AFSPA for six months in Nagaland.(Photo: Representational/PTI)

Guwahati: In a significant move, the government of Nagaland has opposed the extension of Armed Forces (Special Power) Act (AFSPA) in the state while asserting that Nagaland is no longer a “disturbed area”.

Informing that the entire state was declared a disturbed area and term of AFSPA was extended for six months on June 30 this year, security sources told The Asian Age that the home ministry had sought the opinion of the state government on extending it further in the state.

In a letter written to the union home secretary, the special secretary of Nagaland S R Saravnan said, “In reference to your letter no. 7.10.20003NE-I (Pt) dated October 5, 2017, I am directed to inform you that government of Nagaland is opposed to the proposals for extension of notification declaring Nagaland as disturbed area.”

The special secretary pointed out, “The overall situation in Nagaland is by and large peaceful compared to other states of the country. The law enforcement agencies of the state are satisfactorily dispensing its duties.”

While opposing the extension of the AFSPA, he referred, “Most of underground factions are in truce with Government of India, except NSCN (K). The joining of six Naga National Political Groups in the ongoing peace-talks on the Naga political issue and support of civil society organization is significant sign of peaceful atmosphere.”

The letter of the special secretary, written to the home ministry on November 13, said, “In view of the relatively peaceful situation, the state government is of the view that extension of notification declaring Nagaland as disturbed area is not necessary.”

It is significant that contrary to its proposal for extending AFSPA in Nagaland, the home ministry had refused to extend the AFSPA in the neighbouring Assam but Assam government decided on its own to extend it for another six months recently.

There have been demands from various organizations in the Northeast as well as in Jammu and Kashmir for repealing the controversial AFSPA, which, they say, gives "sweeping powers" to the security forces to act against "civilians".

In a gazette notification in June this year, the home ministry had extended the AFSPA for six months in Nagaland. While extending the AFSPA home ministry said that it is of the opinion that the area comprising the whole of Nagaland is in such a "disturbed and dangerous condition" that the use of armed forces in aid of the civil power is necessary. The home ministry has proposed to extend it for another six months in Nagaland from December, after its term of extension lapses.