Ahmed Mir has successfully defended Rajesh and Nupur Talvar accused in the murder of their daughter Aarushi. 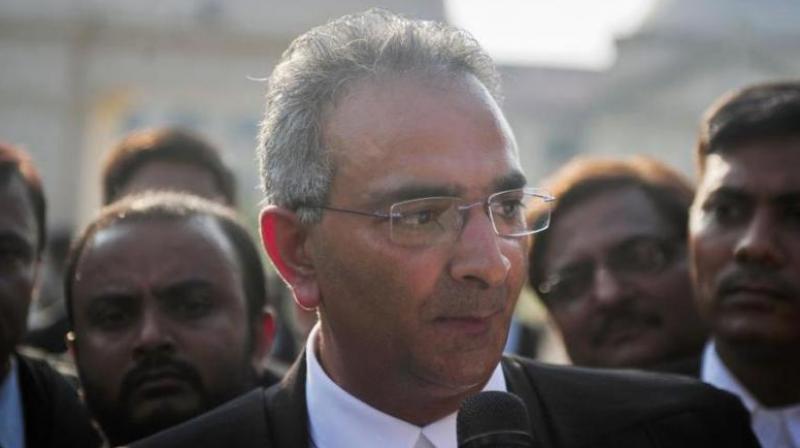 Lawyer Tanveer Ahmed Mir on Friday confirmed that he will be defending the 16-year-old student accused in the murder of Pradyuman Thankur in Gurgaon's Ryan International School. (Photo: AFP)

New Delhi: Lawyer Tanveer Ahmed Mir on Friday confirmed that he will be defending the 16-year-old student accused in the murder of Pradyuman Thankur in Gurgaon's Ryan International School, according to a report in Hindustan Times.

Ahmed Mir has successfully defended Rajesh and Nupur Talwar accused in the murder of their daughter Aarushi and domestic help Hemraj, after which they were acquitted by the Allahabad High Court on October 12.

Seven-year-old Pradyuman Thakur was found dead with his throat slit inside the toilet of Ryan International School, on September 8.

In a sensational twist to the case, the Central Bureau of Investigation (CBI) arrested a class 11 student of the same school and gave a clean chit to the bus conductor, Ashok Kumar, who was arrested by the Gurgaon police for the murder and sexual assault of the child.

According to the agency, the Class 11 student, believed to be weak in his studies, allegedly slit Pradyuman's throat to get the school to declare a holiday in order to defer a scheduled parent-teacher meeting (PTM) and an examination.

The CBI is also investigating the involvement of a second student in the case.

The Pradyuman murder has drawn certain similarities with the 2008 Aarushi murder case because of its twists and turns.

A shoddy investigation and lapses by the CBI and the UP Police not only delayed investigations, but also generated considerable controversy.

The police also did not bother to search the terrace of the house even though bloodstains were clearly visible on the staircase, and announced its honour killing theory even before the investigations were over.

UP Police accused Rajesh of killing his daughter in a fit of rage.