Leader’s ‘unusual’ sleeping habit had cost him his chair. 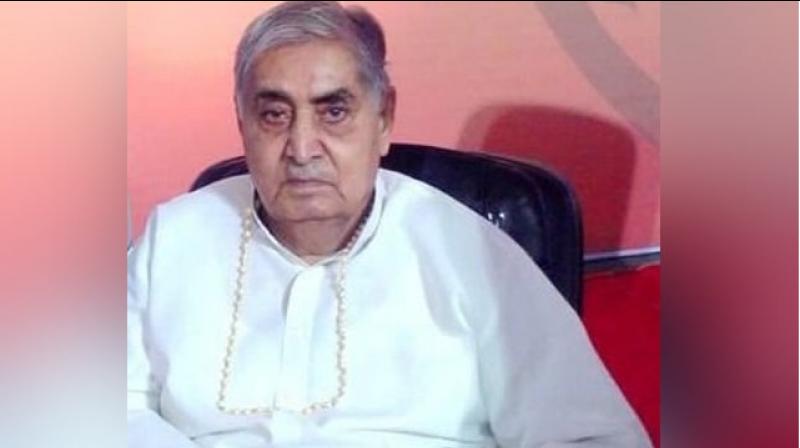 Bhopal: Veteran Jan Sangh leader and first non-Congress chief minister of Madhya Pradesh Kailash Joshi, whose brief tenure in office was marred by a bizarre controversy over his “unusual” sleeping habits, passed away here on Sunday after prolonged illness.

The widower was 91 and is survived by three sons and three daughters. He was admitted in a private hospital last month after he complained of discomfort. He breathed his last in the hospital in the morning.

The former chief minister, who had created a record then by winning Assembly polls from his home constituency of Bagli in Madhya Pradesh for eight times in a row, headed the Janata Party government in the state in June, 1977.

His ‘unusual’ sleeping habits had caused embarrassment not only to him but also for his government then, leading to curtailment of his tenure to one year. He was said to have been forced to ignore the protocol of receiving then Prime Minister Morarji Desai at the airport here, when the latter had arrived in Bhopal on a three-day visit to MP then, as he had fallen asleep at the time.

In fact, the Opposition then had made his sleeping habits a major issue to target his government.

Born on July 14, 1929 in the village of Haat Pipliya in Dewas district in MP, late Mr Joshi was one of founding members of Jan Sangh (the old face of Bharatiya Janata Party). He was first elected as MLA from Bagli in 1962 and held the constituency for eight times till 1993. He was detained under MISA for 20 months during emergency. He had served as a Rajya Sabha member. He was also elected to Lok Sabha from Bhopal in 2009. He had quit electoral politics in 2014.