The change in the status of the region has begun to witness the local tribals waking up to a new phase of progress and prosperity. 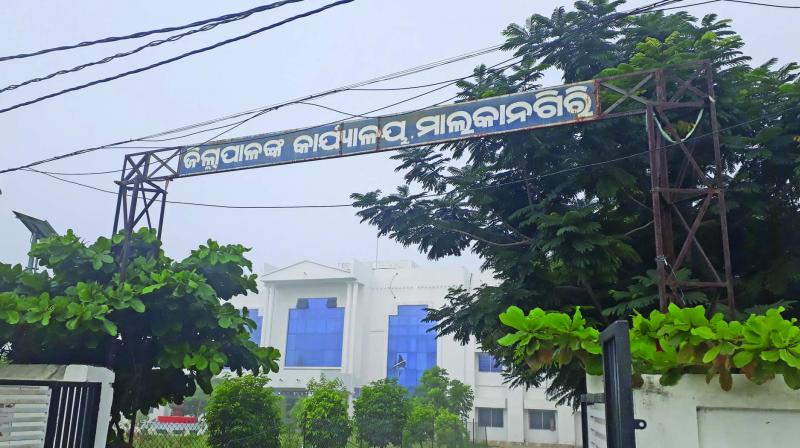 After normalisation of the situation, the inflow of tourists, both domestic and foreign, has appreciably increased.

The Odisha government in association with the governments of Chhattisgarh and Andhra Pradesh crushed the rebel activities and undertook development activities in the area. Malkangiri is today connected with major cities like Hyderabad and capital Bhubaneswar.

Bhubaneswar: Once considered the most dreaded zone of the state for recurrent bloodshed by Maoists, Odisha's Malkangiri district is waking up to a new era of development. The district is now witnessing brisk activities in all fields - starting from reorganisation and strengthening of the administrative unit to boosting of agriculture, tourism and culture potentials, improving healthcare and child development.

The Odisha government in association with the governments of Chhattisgarh and Andhra Pradesh crushed the rebel activities and undertook development activities in the area. With construction of good roads and bridges, Malkangiri is today connected well with major cities like Hyderabad in Telangana and state capital Bhubaneswar.

The change in the status of the region has begun to witness the local tribals waking up to a new phase of progress.

A little over a year ago, Malkangiri, located at a distance of around 650 km from state capital Bhubaneswar, remained an inaccessible zone as it lacked good motarable roads. After the Koraput-Jepore-Malkangiri road was rebuilt with the help of paramilitary forces, long-route bus services have become regular and frequent. The good road has also facilitated easy movement of security personnel in the district and intensified their anti-Maoist activities.

Apart from Koraput-Jeypore-Malkangiri road, the rebuilding of several other roads have led to the district headquarters getting connected with Hyderabad city in Telangana, several other towns of Andhra Pradesh and Dantewada town Chhattisgarh. Good connectivity has suddenly resulted in the tribal people, who otherwise remained confined to the area, coming in contact with a wider world and availing different livelihood opportunities.

The spurt in the economic activities has also in a way encourged the tribal teenagers and youths, who for years were cajoled by Maoist leaders to join their outfits, preferring to pursue higher studies and sport activities, besides undertaking horticulture and agricultural activities under the guidance and support of the state government agencies, different banks and non-governmental organisations (NGOs).

"Malkangiri, which since 1995 saw gory scenes of killings, is no longer a Red Zone as it used to be known until a few years ago. The bloodshed has almost stopped. The district has not witnessed any major Maoist activities in the recent past. There has been no casualty of security personnel or civilians either in recent times. Health services in the district, which in 2016 registered death of more than 100 infants due to Japanese Encephalitis, have developed significantly and a number of Kendriya Vidyalayas, Model Schools have come up in the district. Besides, a modern sports complex has been constructed to channel the youth energy towards positive works,” said Sudhakar Das, a veteran journalist-cum-social activist who in the 1960s ventured into this hilly and forested region on foot, told this newspaper.

After normalisation of the situation and infrastructure development activities in the district, especially after the much-awaited Gurupriya bridge was inaugurated on July 27, 2018, the inflow of tourists, both domestic and foreign, to the district has appreciably increased. The scenic Chitrakonda and Balimela reservoirs, the hills of Khariput inhabited by the primitive Bonda tribals, Satiguda dam, Bharavi temple, Goi Hill and Tarini Temple are the major draws for the tourists.

Odisha chief minister Naveen Patnaik, who has renamed as many as 151 villages of the district that remained cut off for decades from the mainland as Swabhiman Anchal (Area of Pride), has vowed to bring about rapid socio-economic development to the district.

“The state government will soon launch a new scheme Socio-Economic Transformation and Upliftment (SETU) programmes for development of Swabhiman Anchal, the erstwhile cut-off region in Malkangiri which is now connected with Gurupriya bridge,” said the CM.

At least 151 villages were cut off from mainland when the Balimela Hydro Power Project came up in 1972. The villagers, marooned by the reservoir, had to depend on boats to go to other parts of the district.