India   All India  25 Dec 2019  ‘People should introspect what is right,' says PM Modi on CAA protests in UP
India, All India

‘People should introspect what is right,' says PM Modi on CAA protests in UP 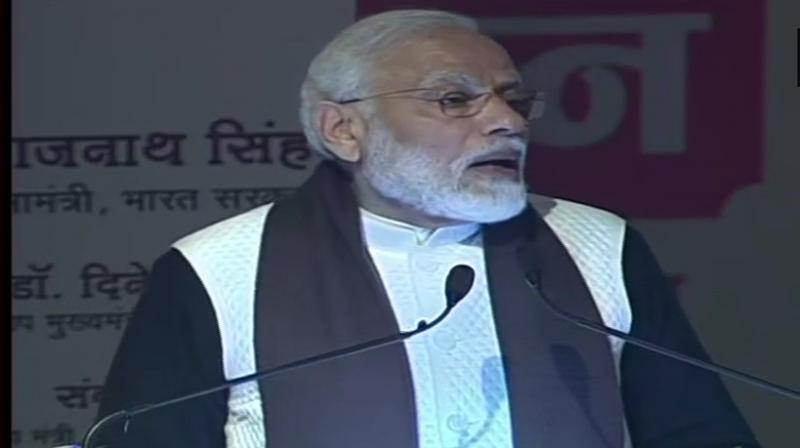 Lucknow: Prime Minister Narendra Modi on Wednesday condemned the destruction of public property during the clashes against the Citizenship Amendment Act.

"I want to ask people who resorted to violence in Uttar Pradesh to sit at home and ask themselves whether what they did is good or not. They destroyed buses and public property that belongs to their children," he said at the foundation-laying ceremony of the Atal Bihari Vajpayee Medical University in Lucknow.

“Issues of Article 370 and Ram Temple have been resolved peacefully. The way to give citizenship to refugees from Pakistan, Bangladesh, Afghanistan has been cleared. 130 crore Indians have found solution to such challenges with confidence,” he added.

Eighteen people have died across Uttar Pradesh in protests against the Citizenship law which was passed by Parliament on December 11.