The Jan Shatabdi Express had a narrow escape as it halted metres away from over 400-kg piece of rail kept on the track near Diva station. 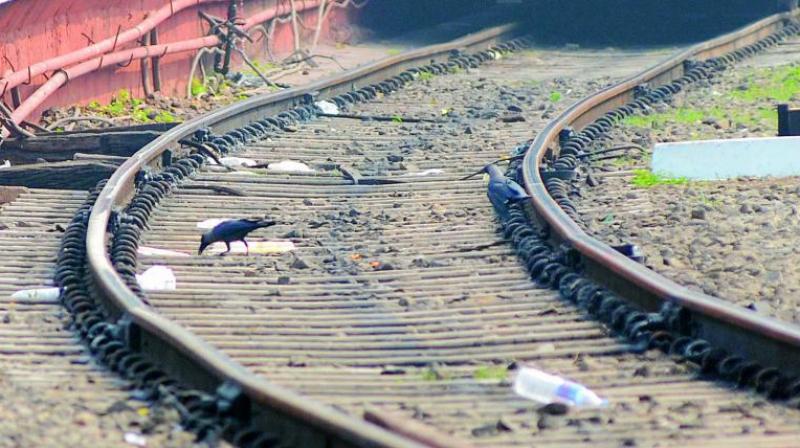 Top Railway officials suspect it to be an act of sabotage, mischief or terrorism and have lodged a case with Government Railway Police. (Photo: Representational Image)

"Considering the gravity of the incident, we have apprised the central intelligence agencies. But investigation from our side is also underway," Chief Security Commissioner of Central Railway (CR) Atul Shrivastav said today.

Over 700 passengers on the Madgaon-Dadar Jan Shatabdi Express had a narrow escape on Tuesday night as the train halted just metres away from over seven-metre long and about 400-kg piece of rail kept on the track near Diva station in Thane district. The incident had occurred when the train had crossed Mumbra station and was nearing Diva station.

Top Railway officials suspect it to be an act of sabotage, mischief or terrorism and have lodged a case with Government Railway Police (GRP) under the section 150 (a) of the Railway Act.

Officials of GRP and the Railway Protection Force (RPF) have searched the area near the spot.

"Our investigation team has picked up a few people who pass through the area and they have been questioned. But we are yet to get any leads," Samadhan Pawar, spokesperson of Railway Police of Mumbai Division of CR said.

He, however, said that calling it an act of terror would be "premature" at this stage.

"Until and unless we get conclusive lead in our investigation, it would be premature to jump to conclusions that there is an terrorism angle into the incident," Pawar said.

However, talking to reporters here yesterday, General Manager of Central Railway D K Sharma had said, "This could be an act of terrorism, an act of sabotage or an act of mischief and our agencies are investigating into the matter with all possible angles."

A top railway official said, "Our vigilant staff saved so many lives and now it is now up to them (investigating agencies) to find out who were behind the act."

Railways suspects sabotage in the wake of recent incidents of derailments in various parts of country.

On Saturday night, engine and nine coaches of Jagdalpur-Bhubaneswar Hirakhand Express jumped the tracks in Andhra Pradesh's Vizianagaram district, killing 39 people. The Hirakhand derailment was latest in the series of similar accidents in recent past.