Bandh in Karnataka over water row 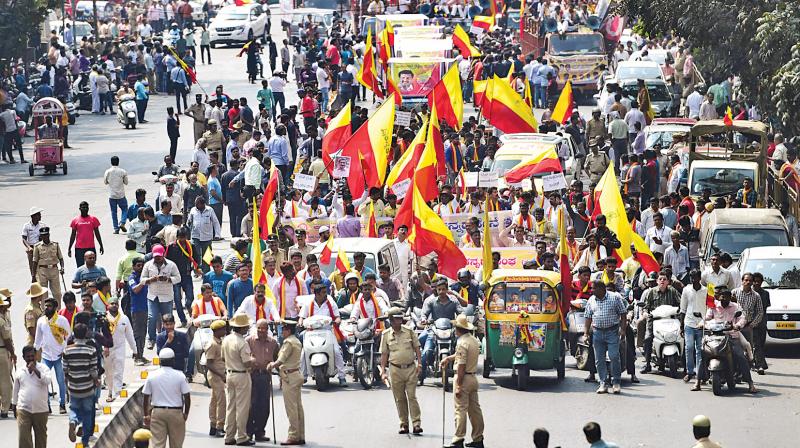 Major impact of the dawn-to-dusk bandh was seen in northern districts, which are seeking water from the Mahadayi basin, while it crippled normal life in other parts also, as public services were paralysed.

State-run buses remained off the roads. Autorickshaws and cabs were available in Bengaluru, but in fewer numbers.

However, in the evening the city limped back to normalcy with buses back on the road and shops and commercial establishments reopening.

“Namma Bengaluru is back to Normalcy,” Bengaluru city police said in a tweet.

Similar reports have come from different parts of the state, where bandh has been peaceful.

The police had made elaborate security arrangements across the state to ensure that no untoward incident occur.

Vatal Nagaraj, who heads “Kannada Okoota”, an umbrella organisation of Kannada bodies that led the protest march from town hall to Freedom Park in the city on Thursday, warned protests in front of Parliament if Prime Minister Narendra Modi doesn’t intervene in the matter.

“Bandh has got very good response. The Prime Minister should intervene. Until his intervention, we will conduct protests at different stages. Finally, we will also stage protest in front of Parliament in Delhi,” he said.

As a precautionary step, schools and colleges in most parts declared holiday. Several examinations were also rescheduled.