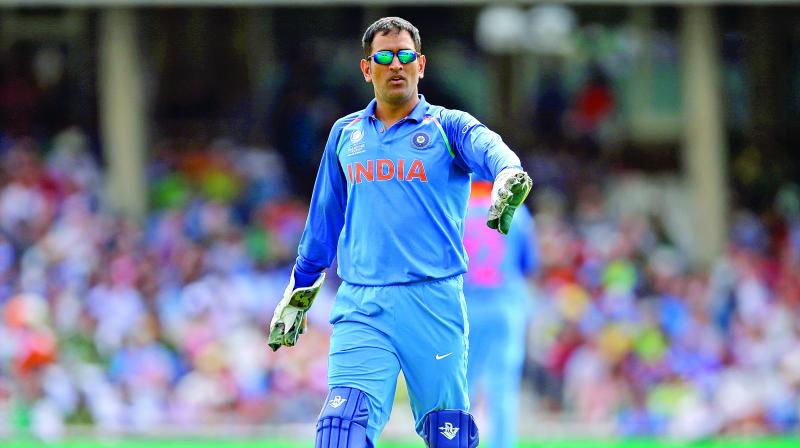 Mahendra Singh Dhoni is the 11th cricketer to receive the Padma Bhushan.

Of the 85 Padmas announced, three are Padma Vibhushan, nine Padma Bhushan and 73 Padma Shri awardees. Sixteen of the awardees are NRIs and foreigners, including 10 from Asean countries.

Keeping its promise of honouring “unsung heroes,” most Padma Shri awards this year have gone to people who have served the poor or set up free schools.

The Padma Shri has also been awarded to Arvind Gupta, a scientist specialising in toy making for enhancing children’s learning ex-perience, environmentalist Lakshmikutty who is also known as the grandmother of jungle, Gond artist Bhajju Shyam, and medical messiah to the terminally-ill, M.R. Rajagopal.

Rumulus Whitaker, knows as the “reptile man” who has worked for more than five decades in reptile research and conservation, has also been given the Padma Shri. Doctor couple Rani and Abahy Bang’s wo-rk in the health sector in Maharashtra’s Gad-chiroli district has also been recognised. Sampan Ramteke, considered a pioneer in sickle cell disease, has also been conferred the prestigious honour.

Sanduk Ruit, an opthalmologist from Nepal, has been conferred the Padma Shri for restoring vision of economically weaker patients.

Nous Marwaai, a yoga practitioner from Saudi Arabia and V. Nanammal, a 98-year-old yoga teacher from Tamil Nadu, have also been awarded the Padma Shri.

Satavvi Judati, who works for the upliftment of dalit women, and Ibrahim Sutar, a Sufi bhajan singer who is known as “Kannada Kabir”, have also been conferred the Padma Shri.