Himachal, popular for its apple economy, has emerged as a major vegetable producer in the past two decades. 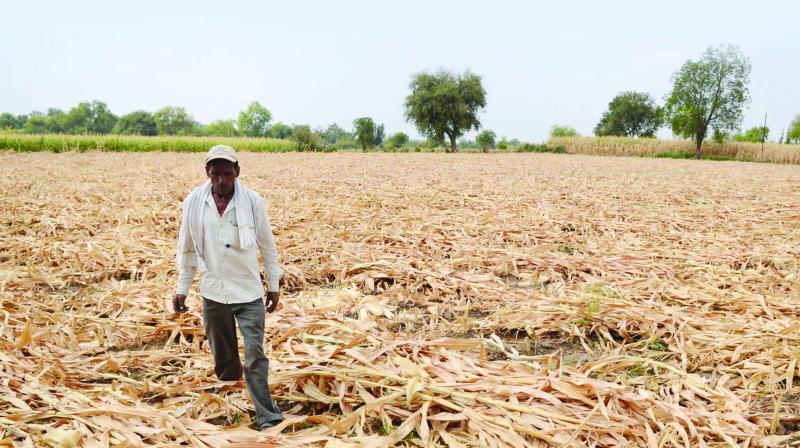 They also want storage facilities, so they can hold their produce for a few days till they get remunerative prices

Shimla: Accusing the BJP-led Himachal Pradesh government of ignoring their problems, vegetable farmers in the hill state claim they are facing multiple challenges including absence of a mechanism for minimum support price (MSP), lack of cold storage and food processing units and monkey attacks unisured crop in farms.

After earning Himachal the title of vegetable bowl of north India, without much support from the government, peasants want the government to urgently address farm distress in the hill state.

Himachal, popular for its apple economy, has emerged as a major vegetable producer in the past two decades.

According to All India Kisan Sabha leader Kuldeep Singh Tanwar, “With statewide small patches of land adding up to a mere 78,000 hectares, Himachal farmers have been producing around 16.9 lakh metric tonnes of vegetables annually. In the present scenario of farm distress, they have still sustained themselves. However, the government lacks innovation, ideas and interest in helping them.”

He pointed out that farmers repeatedly face crisis due to crash in prices for their produce in the wholesale market. This is true for tomatoes, which have earned Solan the title of the City of Red Gold, garlic in Sirmaur and potatoes in Kangra.

“Unable to get returns that would even match their input costs, the farmers claim to have ploughed their crop back into their fields in Kangra,” he said.

Apart from MSPs for their vegetable produce, the farmers want the government to set up food processing units where their procured can be processed into various value added products. They point out that despite its massive tomato production over several decades Solan has yet to get a processing unit where even a basic product like ketchup can be manufactured.

They also want storage facilities, so they can hold their produce for a few days till they get remunerative prices. At present, they are compelled to sell their vegetables instantly, since they are perishable, and they are often cheated by commission agents in the mandis (produce markets).

“When the state can spend `50 crore for solar fencing and another 25 crore just for publicising the governor’s zero-budget agriculture idea, why can’t it spend `100 crore on developing cold storage facilities?” asked Mr Tanwar.

The other major problem which is affecting farmers of the state is monkey menace. As many as 2,300 villages across the hill state are affected by simians, which has compelled farmers to diversify from the traditional agricultural practices.  As per a report by the agriculture department, the marauding monkeys and birds cause a loss of `150.10 crore annually to different horticultural crops. Similarly, wild animals cause a loss of `184.28 crore to crops annually in the state.

Despite the fact that monkeys were declared vermins by the government, farmers are not very keen to kill them. According to Mukesh a farmer from Solan, “The Himachal government has banned hunting in the state, which was very common earlier, there used to be at least couple of hunters in every village. With ban on hunting the art of hunting has vanished and farmers have not picked up gun in decades, so how can they kill monkeys who are always on the move.”