India   All India  26 Feb 2019  Assure you India is in safe hands: PM Modi in Rajasthan after IAF strikes
India, All India

Assure you India is in safe hands: PM Modi in Rajasthan after IAF strikes

'I won’t let the country to bow down,' said PM Modi while addressing ex-servicemen. 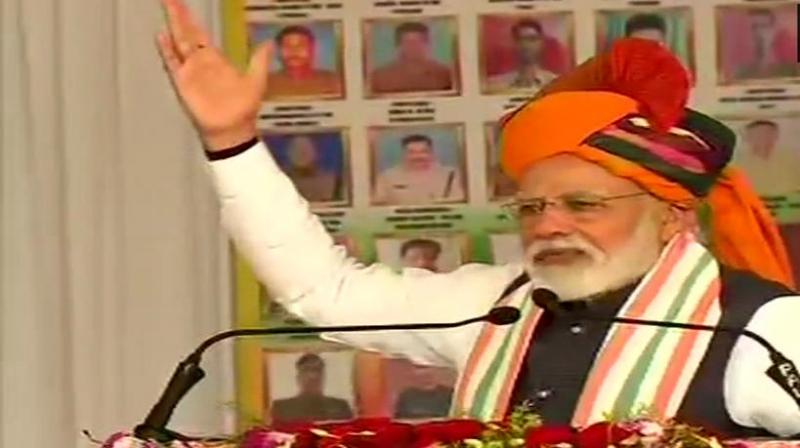 Rajasthan: Addressing the first public rally after the Indian Air Force strike, Prime Minister Narendra Modi said, “I assure you India is in safe hands. I won’t let the country to bow down."

“Your prime servant has promised the soldiers to bring in OROP. And, I am happy that over 20 lakh soldiers got benefit of this,” said PM Modi.

“Today is day to pay homage to India’s bravehearts,” said PM Modi, recalling that he had pledged to protect the country’s best interests back when he came to office in 2014.

PM Modi said that for us, party is bigger than an individual and country is bigger than the party. He said we are moving forward with the slogan of ‘Jai jawan, jai kisaan, jai vigyaan’.

Pleasing farmers about their interest, Modi said that within next 10 years, Rs 7.5 lakh crore will be deposited in the accounts of farmers. They will not have to do anything for it. They will directly get a notification on their mobile phones, saying that they have received the amount.