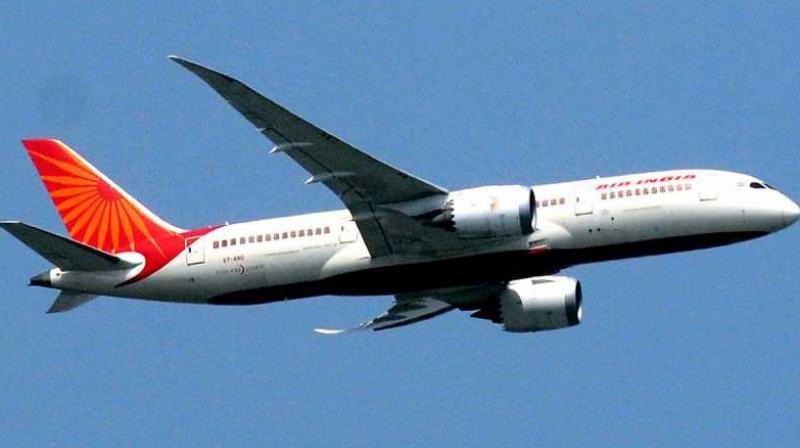 India is dispatching two Air India evacuation flights one each from Delhi and Mumbai. (PTI Photo)

New Delhi: Even as India is dispatching two Air India evacuation flights wholly at the government’s expense to the Romanian capital Bucharest on Friday night — one each from Delhi and Mumbai- — for evacuating Indian nationals stuck in Ukraine, all eyes are on whether India will once again abstain during voting on a crucial resolution at the United Nations Security Council (UNSC) being moved by the United States condemning the Russian military offensive against Ukraine in the early hours of Saturday morning.

There were, meanwhile, reports that Prime Minister Narendra Modi may chair another meeting of the Cabinet Committee on Security (CCS) on Saturday after the earlier meeting on Thursday evening to take stock of the developments on the Ukraine issue, including the ongoing evacuation efforts.

Sources said the first batch of Indian students have already left for the Ukraine/Romania border and that more than 470 students would soon exit Ukraine and enter Romania through the Porubne-Siret border. India has already set up camps in western Ukraine to facilitate the evacuation. There are about 16,000 Indian nationals in Ukraine awaiting evacuation.

The Indian embassy in Ukrainian capital Kyiv tweeted, “Today afternoon more than 470 students will exit the Ukraine and enter Romania through the Porubne-Siret border. We are moving Indians located at the border to neighbouring countries for onward evacuation. Efforts are underway to relocate Indians coming from the hinterland.”

India, meanwhile, has so far not condemned the Russian military action but has only stated that the issue can be resolved only through diplomacy and dialogue. New Delhi had abstained during voting last month on a resolution on the Ukraine issue at the UNSC of which it is currently a non-permanent member. India is in a tricky position as it has close strategic ties with the United States which is moving the resolution now and also has time-tested close strategic ties spanning decades with Russia that is facing considerable global criticism over its actions.

External affairs minister (EAM) S. Jaishankar, meanwhile, told his Ukrainian counterpart Dmytro Kuleba that India “supports diplomacy and dialogue as the way out” even as he also “discussed the predicament of Indian nationals, including students,” who are stuck there amid the fighting between Ukrainian and Russian troops.

The EAM tweeted, "Received call from Ukrainian Foreign Minister @DmytroKuleba. He shared his assessment of the current situation. I emphasised that India supports diplomacy & dialogue as the way out. Discussed predicament of Indian nationals, including students. Appreciate his support for their safe return.”

In a fresh advisory issued on Friday by the Indian embassy in Kyiv, Indian nationals were advised to take print-outs of the Indian national flag and paste it prominently on the buses and other vehicles they are travelling in as they head to the western borders of Ukraine with both Romania and Hungary.

“The Government of India is organising evacuation flights for Indians in Ukraine. The cost will be completely borne by the Government of India for this evacuation. MEA camp offices are now operational in Lviv and Chernivtsi towns in western Ukraine. Additional Russian speaking officials are being sent to these Camp offices. Officials there are assisting Indian citizens who reach these cities and will facilitate their departure from Ukraine through adjoining border crossings. First batch of Indian students have now left Chernivtsi for the Ukraine/Romania border,” sources said on Friday.

According to the fresh advisory issued by the Indian embassy in Kyiv, “MEA teams are getting in place at checkpoints Chop-Zahony at the Ukraine-Hungary border near Uzhborod and Porubne-Sibet  at the Ukraine-Romania border near Chernivtsi.”