‘Will break hands, legs of people who disrespect, kill cows’: UP BJP MLA

The statement was made by the MLA from Khatauli constituency while speaking at an event on Saturday. 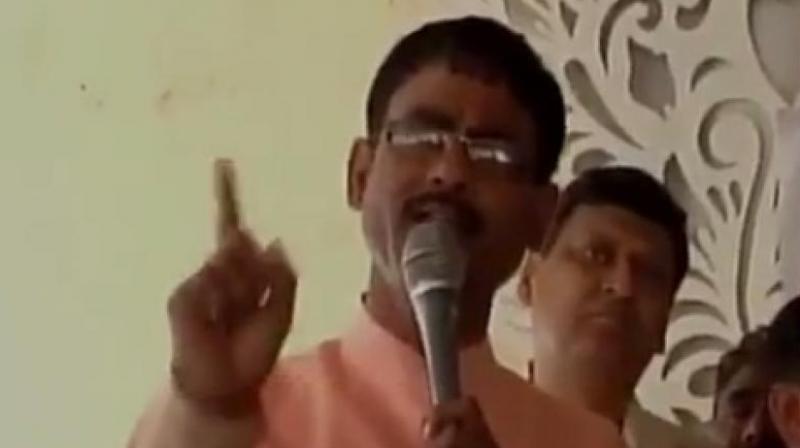 Muzaffarnagar: In what could spark a fresh controversy, Bharatiya Janata Party (BJP) MLA Vikram Saini has said that he would break limbs of those disrespecting and killing cows.

'I had promised that I would break the hand and legs of the people who disrespect and kill cows," Saini said at a gathering.

The statement was made by the MLA from Khatauli constituency while speaking at an event on Saturday.

This is not the first time when the MLA triggered stir for his controversial remark. He has been accused of making inflammatory speech during the Muzaffarnagar riot and was also sent behind the bars for it.

The remark came at a time when Uttar Pradesh Chief Minister Yogi Adityanath has directed to put a complete ban on cow smuggling.