Mayawati said, a dangerous trend seen under the present government is people trying to become 'heroes' by playing with law and order. 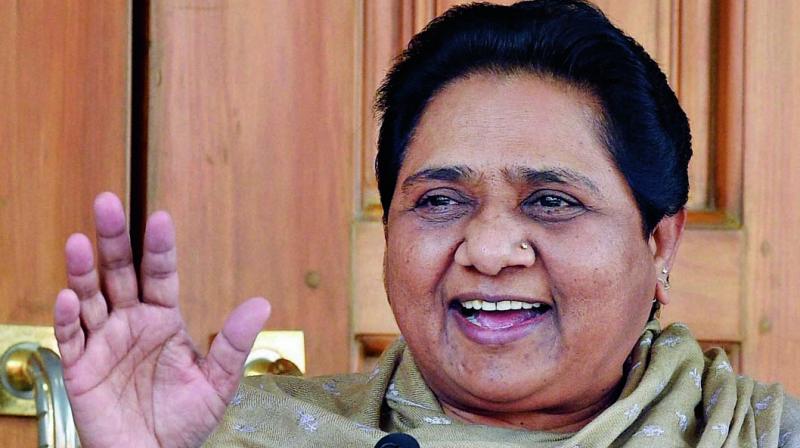 Lucknow: BSP chief Mayawati on Wednesday echoed Samajwadi Party president Akhilesh Yadav's comments on law and order in Uttar Pradesh, alleging that the "saffron brigade" has been given a free hand to break the law.

She alleged that instead of doing concrete work in the wider interest of the state, the BJP government in Lucknow, like the one at the Centre, was giving more importance to gaining cheap publicity.

Akhilesh had on Tuesday remarked that those wearing saffron scarves had the licence to beat up policemen and attack police stations after the change of guard in Uttar Pradesh.

The comments from both leaders came in the backdrop of right-wing activists thrashing policemen in Agra besides other law and order related incidents in the state. "The saffron brigade has been given freedom to play with the law and order of the state like it was given to goondas and mafia elements of the ruling party in the previous (SP) government," she told party leaders at a meeting in Lucknow.

Mayawati said there is a dangerous trend growing under the present government of people trying to become "heroes" by playing with law and order, which she said had been evident at all levels during the previous government.

Taking feedback on the functioning of the state government, she said the deprived sections, Dalits and backwards were feeling harassed because of the policies and programmes of the ruling party, and their condition was no different from what it was during the SP government.

Mayawati, who has announced that her party will contest the coming urban body polls on the party symbol, also reviewed the preparations for it and issued directives to party men to deal with the political challenges.

To train troops on Tibet against China, Army signs MoU with Sikkim varsity