Sukma Naxal attack not an ambush but a raid, says CRPF

As many as 25 CRPF personnel were killed and five others injured in the encounter with naxals in Chhattisgarh's Sukma on Monday. 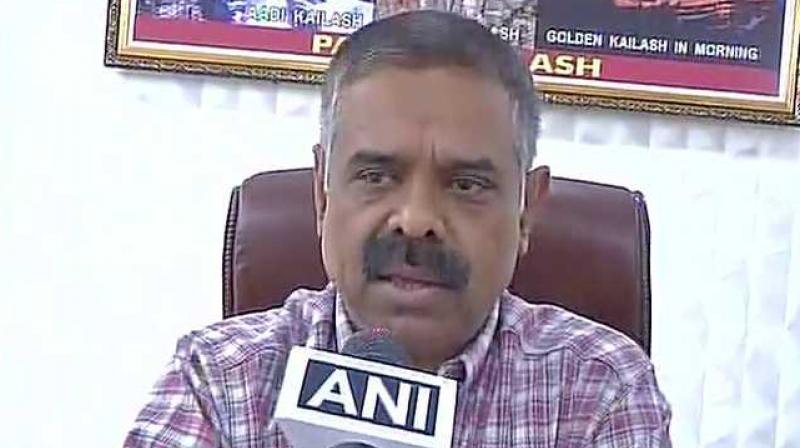 Raipur (Chhattisgarh): Special Director General of the Central Reserve Police Force (CRPF), D M Awasthi on Wednesday asserted that Monday's Naxal attack on personnel of the 74th battalion of the force was not an ambush, but a raid.

"This incident should be termed as raid rather than an ambush, because everyday our CRPF jawans who were patrolling in that area were being noticed by them. That's why suddenly they were easily attacked," said Awasthi.

Awasthi further stated, "The CRPF's were attacked while they were eating. I will not term this as intelligence failure nor a strategy collapse but will look into the matter and resolve things soon as possible. We need to conduct intelligence-based operations. As intelligence was shared between different agencies regularly even after that this incident came as a shock," said Awasthi.

As many as 25 CRPF personnel were killed and five others injured in the encounter with naxals in Chhattisgarh's Sukma on Monday.

The attack took place on personnel of the CRPF's 74th Battalion as they were assisting the local population in road building and clearing activity in the district.

The Centre, yesterday, assured action against the perpetrators of the 'cold-blooded murder' in Sukma.

Union Home Minister Rajnath Singh said that the Centre and state government would work together to ensure that the perpetrators are brought to book.

Singh, who paid homage to the jawans during a wreath laying ceremony in Raipur said that this cowardly and unfortunate act exposes desperation and frustration.

"It is a cold blooded murder by the extremists. The Centre and state governments will work together and take action in this regard," Singh told a joint press briefing with the chief minister here.