The scam came into light in July 2017, when I-T dept conducted raids on godown, offices of a gutka manufacturer in TN. 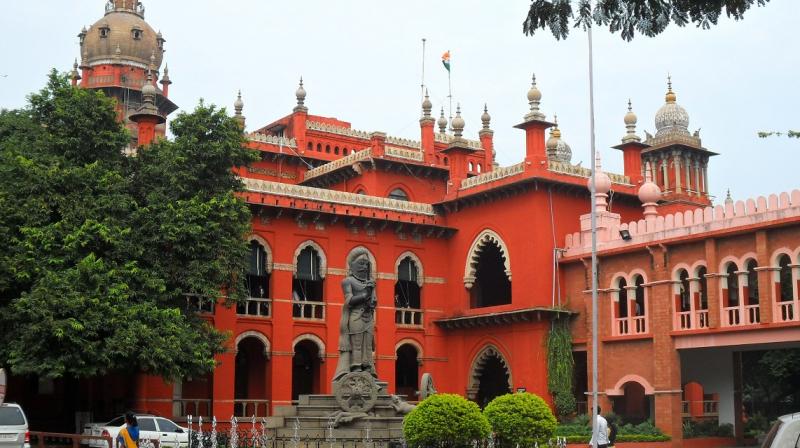 The first bench of Chief Justice Indira Banerjee and Justice Abdul Quddhose passed the order on a PIL moved by J Anbazhagan of the DMK. (Photo: Wikimedia Commons)

The first bench of Chief Justice Indira Banerjee and Justice Abdul Quddhose passed the order on a PIL moved by J Anbazhagan of the DMK.

The gutka scam came into light in July 2017, when I-T department conducted raids on godown, offices and residences of a pan masala and gutka manufacturer in Tamil Nadu during which a diary was recovered. The officials said that the diary contains names of those who have been paid off by them as quid pro quo for facilitating the sale of banned gutka.

Earlier in January, the Madras High Court had observed that the way the Tamil Nadu government opposes a simple PIL to transfer the investigation to the CBI, prompts it to go deeper into the issue.

“Why such strong resistance?. When there are different agencies and states involved, why cannot the CBI handle the case and the state provide assistance to it,” the bench had said.

So there was co-operation between state police and the CBI and they will decide whether the cases involve central government or state government employees and who has to investigate, he added.

In a shocking revelation, a top Income-Tax investigator had told the Madras High Court that a secret communication from her department to the state director general of police seeking action against highly placed persons in the government suspected to be involved in the gutka scam, was found in V.K.Sasikala’s room in the late CM Jayalalithaa’s Poes Garden bungalow when another I-T raid team searched the place on November 17 last year.

The secret letter was sent on August 11, 2016 along with all the relevant evidence and sworn affidavits of the gutka firm partner, which showed that payments were made to various government officials including the health minister and the Commissioner of Police (Chennai).

This was revealed in the counter affidavit filed by Ms Susie Babu Varghese, Principal Director of Income-Tax (Investigation), in response to the PIL by DMK legislator J Anbazhagan, who sought constitution of a special investigation team headed by a retired high court judge to probe into the panmasala/gutka scam.

The I-T top sleuth in her affidavit also said MDM gutka firm partner Madhava Rao had in sworn affidavit stated he had paid Rs 56 lakh to the state health minister during the period April 1-June 15, 2016.