e also asks them not to buy milk and other dairy products from them and not to sell their properties to Muslims. 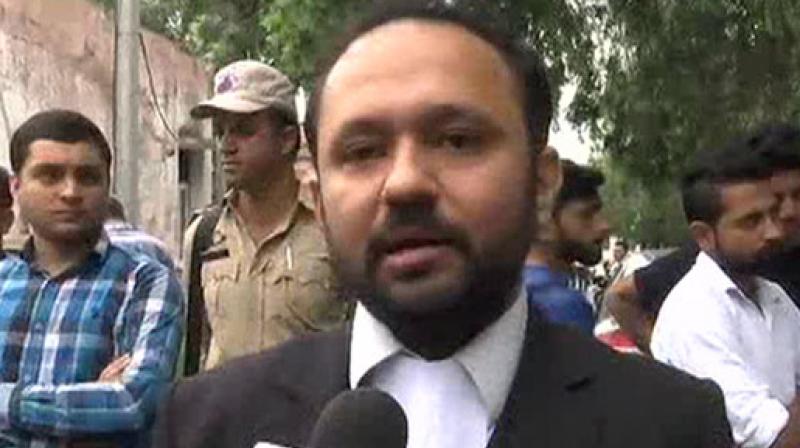 SRINAGAR: The lawyer who is defending the accused in the case of alleged gang-rape and murder of an 8-year-old girl in Jammu and Kashmir’s Kathua district has asked Hindus of the region to boycott the Muslim nomadic tribes of Bakarwals and Gujjars. He also asks them not to buy milk and other dairy products from them and not to sell their properties to Muslims.

The victim belonging to Bakarwal tribe went missing while grazing horses near her makeshift house in Rasana village of Kathua in January this year. About a week later, her body was found in woods in the area and, as per the charge-sheets filed in a local court against eight persons by the Crime Branch of the J&K police which investigated the case, she was held inside Rasana’s Devesthan temple where she was drugged and gang-raped before being brutally murdered.

According to Greater Kashmir newspaper, Ankur Sharma, the defence counsel of the accused, can be heard saying in a 7-minute video which has been placed on social media platforms that Muslims believe Hindus were powerless. “But we are not,” he adds and while praising Hindu Ekta Manch, the outfit which is rallying behind the accused and spearheading the campaign for a probe into the incident by Central Bureau of Investigations (CBI)  in the case, appeals Hindus to boycott the Gujjars and Bakarwals. “Hindus shall also make it sure that they will not purchase anything, especially milk and other dairy products from Gujjars and Bakarwals,” he says.

Sharma also says in the video, “We have to ensure that we are not making them financially strong, because if they will become financially strong they will purchase our lands.” He claims that Gujjar and Bakerwal communities were not original residents of the State but were brought from Punjab to affect change in land ownership in the Hindu-majority areas of Jammu region.

He says, “I met a Gujjar who was fighting with some people in his neighbourhood. He told me that they were living peacefully in Punjab, but the brother of Ghulam Nabi Azad (senior Congress party leader) forcibly made them settle in Samba, Jammu, Kathua and Vijaypur.” He then alleges, “The nomads were brought to this State through a proper game plan to change the demography of this region.” He also invokes Hindu gods to drive home his appeal for boycotting the nomadic Muslim tribes saying “We Hindus were never taught to stop the ‘Daana Paani’ (sustenance) of any community, but Lord Krishna has also told us to fight against some people who are trying to oust us from our own lands in an organised way.”

He also appears to be optimistic about the gang-rape and murder cases being handed over to the CBI.