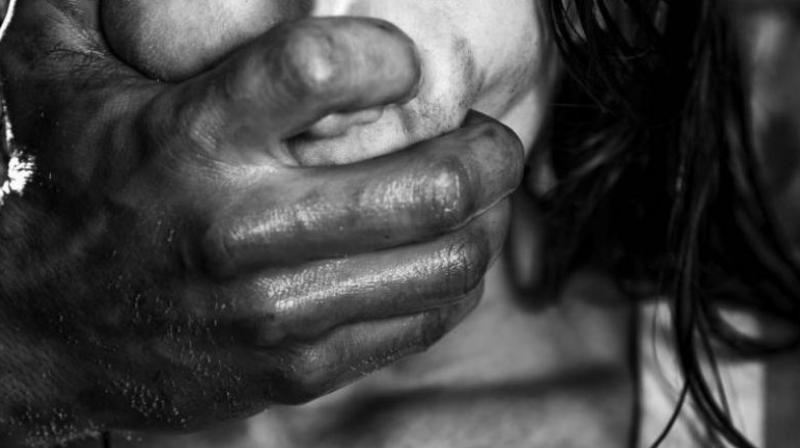 'The delay only means that there are traffickers out on bail who continue to threaten victims, many of whom are still waiting for proper rehabilitation,' said Bibi, 24, who escaped a brothel seven years ago. (Photo: File | Representational)

Chennai/Mumbai: As a sex trafficking survivor, Lilufa Bibi was hoping that India would enact a new legislation aimed at helping thousands trapped in modern slavery. But lawmakers failed to table the bill in the last session of Parliament, which ended in April.

Bibi and other campaigners say they feel betrayed by the delay in passing the tough anti-trafficking law, which promises speedy justice and rehabilitation to survivors.

"The delay only means that there are traffickers out on bail who continue to threaten victims, many of whom are still waiting for proper rehabilitation," said Bibi, 24, who escaped a brothel seven years ago.

Her concerns are echoed by campaigners who point to government data that shows reports of human trafficking increasing by almost 20 percent in 2016 against the previous year, to 8,132 cases.

Survivors and activists are demanding that the bill is passed by parliament soon, amid fears it may fall off the radar with political attention expected to turn to general elections set for 2019.

"The new law, which promises stringent punishment for traffickers and quick relief for victims, has the capacity to change the trafficking scenario completely," Bibi told the Thomson Reuters Foundation by phone from Kolkata.

The draft bill aims to make India a leader in the fight against such crimes in South Asia, one of the world's fastest-growing regions for forced labour, begging and forced marriage.

"There is a huge urgency for this bill," said Tathagata Satpathy, a parliamentarian from Odisha, where authorities have for years recorded the trafficking of people into debt bondage, often in brick kilns.

"The government is changing banking laws and introducing finance bills, but crucial social bills like this are on the backburner," he said.

"For the first time it moved away from just sex trafficking and recognised trafficking for labour, begging and marriage as offences," said Nair, who helped draft the legislation.

The legislation calls for special courts to expedite trafficking cases, and a rehabilitation fund to provide victims with legal aid, counselling and quick repatriation in cross border trafficking cases.

The bill also includes guidance on how evidence should be collected and presented in court, as well as witness protection, said Chetan Sanghi, joint secretary with the Ministry of Women and Child Development. "It goes beyond arrest of managers and handlers, and also talks of action against owners of these properties, who ought to have an idea of what's happening," said Sanghi, who helmed the drafting of the bill.

In 2016, his ministry released the first draft, initiating consultations and crowd sourcing feedback. Sanghi said the law is long overdue.

"We are not understanding the urgency," he said. "But for a person trapped, every minute counts."

India already has laws to prosecute employers and middlemen involved in debt bondage, as well as pimps and brothel managers in sex trafficking cases.

However, trials are often drawn out and trafficking survivors' rights to benefits like cash compensation, housing, and free education for children are often ignored or denied, say anti-trafficking activists.

Campaigners also point out that authorities rarely target people who pay pimps and brothel managers to have sex with enslaved workers, and they say the new legislation is not stringent enough on such customers.

Since the new legislation would co-exist with multiple laws to check trafficking, it may also "cause confusion" among investigating officers, said Nair.

But for many such as Bibi, the new law is the best hope to rescue people still trapped in slavery conditions.

A member of the survivors' network Utthan, she has spent much of the last two years contributing suggestions for the legislation and advocating for its early implementation.

"We wrote letters, met parliamentarians, shot small videos to explain the importance of the bill and sent in practical suggestions," said Bibi.

After multiple rounds of consultation, the bill was finally cleared by the cabinet in February. But it was not tabled in Parliament, which has been driven by disputes between the central government and regional parties.

Time is running out to pass the bill, according to Roop Sen of non-profit group Change Mantras. He said it could be delayed until 2021 if both houses of Parliament don't get a chance to deliberate on it before next year's elections.

That possibility has left people like Bibi feeling disappointed and angry.

"It feels like our efforts were in vain," she said. "I meet survivors in my neighbourhood everyday and see their struggle."