The inquiry panel also rejected allegations that the police had been stopped from filing a chargesheet in court. 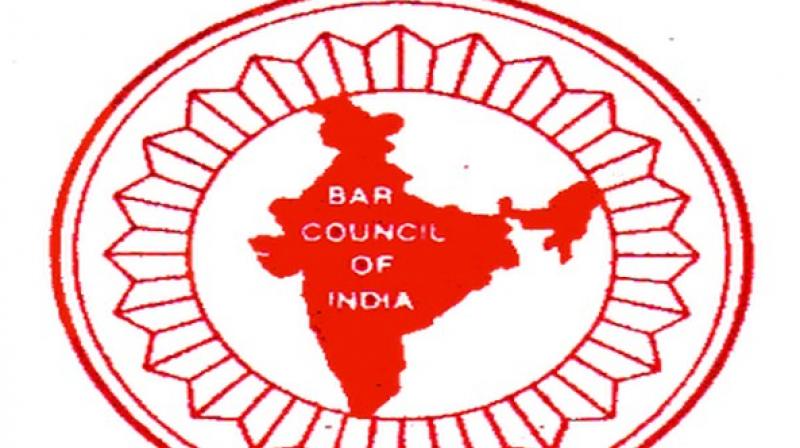 'Nobody or no lawyer has threatened the victim's lawyer, Deepika Singh Rajawat, and or stopped the police from filing the chargesheet against the accused persons in the alleged Kathua rape and murder case,' Senior Supreme Court lawyer Vikas Singh told the court. (Photo: ANI)

New Delhi: The inquiry panel of the Bar Council of India (BCI) that is investigating the alleged rape and murder case in Kathua, on Thursday rejected claims that lawyers of the Jammu Bar had threatened the raped victim's lawyer Deepika Singh Rajawat.

The inquiry panel also rejected allegations that the police had been stopped from filing a chargesheet in court.

Senior Supreme Court lawyer Vikas Singh, appearing on behalf of the Jammu and Kashmir Bar Association, told a three-judge Supreme Court bench headed by Chief Justice Dipak Misra that no lawyer had threatened Rajawat or had stopped the police from filing a chargesheet against the accused.

"Nobody or no lawyer has threatened the victim's lawyer, Deepika Singh Rajawat, and or stopped the police from filing the chargesheet against the accused persons in the alleged Kathua rape and murder case," Singh told the court.

The apex court observed, "We are only concerned with the victim's families getting justice expeditiously, or, about how the investigation and trial would go on."

"Let us be clear and focus on investigation and about the trial of the case," it added.

Meanwhile, Chandan Sharma, the lawyer of two of the accused-Sanji Ram and Vishal Jangotra - told the court that the investigation must be fair, transparent and judicious as it is the minimum requirement of the rule of law.

The investigating agency could not be permitted to conduct an investigation in a tainted and biased manner.

The apex court said that it would resume hearing the main matter on Friday.

The Jammu and Kashmir High Court Bar Association on Wednesday told the Supreme Court that it had not obstructed the police from filing a chargesheet in the connecting case.

It said there was a need for a fair and impartial Central Bureau of Investigation (CBI) probe into the rape case.

On filing an affidavit before the top court, the association denied that its president, and senior advocate BS Salathia, and other office bearers had threatened a woman lawyer from appearing for the family of a rape victim, terming the allegation as false and baseless.

On April 13, the apex court had taken suo motu notice of lawyers preventing the victim's lawyer from appearing in the case.

In Jammu and Kashmir's Kathua district, a minor girl belonging to the Sunni-Muslim nomadic Bakerwal Tribe was allegedly abducted, drugged, gangraped, tortured and killed in January.