The accused lecturer studied for seven months and took the help of the Internet to prepare the bomb. 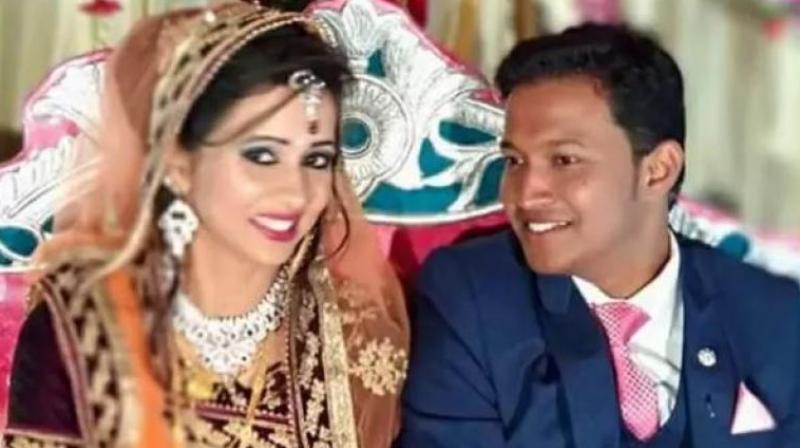 Soumya and Reema Sahu had married on February 18. (Photo: ANI/File)

Cuttack/Bolangir: The police on Wednesday claimed to have cracked the wedding gift parcel bomb case of Bolangir alleging that a college lecturer masterminded it for being replaced by the mother of one of the two persons killed in the blast in February.

Punjilal Meher, the accused and a colleague of the deceased groom's mother, was arrested by the Crime Branch on Tuesday night, Director General of Police RP Sharma told reporters at Cuttack.

"The Crime Branch sleuths, in course of their investigation, zeroed in on Punjilal Meher as the mastermind in the parcel gift blast case. They confirmed his complicity during its investigation in Raipur," he said.

Soumya and Reema Sahu had married on February 18. Five days later, they received a parcel as a wedding gift. The parcel exploded when it was opened on February 23. Soumya and his grandmother Jemamani were killed in the blast while Reema suffered grievous burn injuries.

"The motive of the crime was jealousy. Soumya's mother Sanjukta was made principal of the Jyoti Bikash College at Bhainsa replacing Meher," IGP Crime Branch Arun Bothra said.

In a bid to take revenge, Meher planned and executed the blast with an aim to eliminate the entire family,  Bothra told reporters at Bolangir.

"Meher himself prepared the parcel bomb and sent it through a courier to Sahu's family from Raipur," he said.

The IGP said the police seized crackers, gun powder, a laptop and a pen drive from the possession of Meher, he said.

Meher studied for seven months and took the help of the Internet to prepare the bomb, Bothra said, adding that he had tested small bombs manufactured by him before sending the gift parcel.

Meanwhile, six other suspects detained for interrogation in this case were released on Wednesday.