India   All India  26 Apr 2018  No sloganeering, stop drama: UP CM on protests over death of 13 children
India, All India

No sloganeering, stop drama: UP CM on protests over death of 13 children

At least 13 school children were killed and eight others injured after a train hits a school bus in Uttar Pradesh's Kushinagar district. 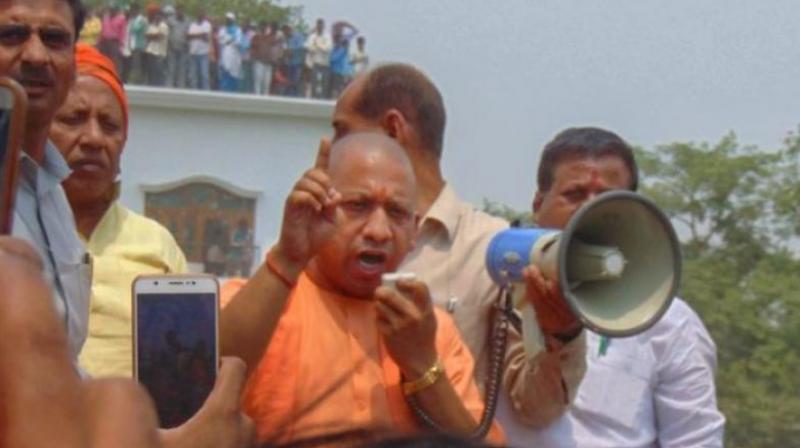 Kushinagar (UP): Uttar Pradesh Chief Minister Yogi Adityanath, who visited Kushinagar on Thursday to get a first hand account of the train-school van collision that left 13 children dead, got furious when he faced angry protests.

"Narebazi band karo, nautanki band karo" (stop raising slogans, stop this drama). I have come here to express my sympathies," Yogi Adityanath told protestors after he failed to pacify them.

The Uttar Pradesh chief minister reached the accident spot after visiting the district hospital. As soon as he reached there, an angry crowd raised slogans against railway and local authorities.

However, the protesters were not satisfied and some of them squatted on the railway track. They demanded that railway personnel should be posted at the unmanned crossing to avoid such accidents.

Responding to the reports of chief minister reprimanding the victims’ families, UP minister Shrikant Sharma said, “Chief Minister went to the spot and hospital. He told people of Samajwadi Party-Bahujan Samaj Party not to politicise matter. It's being taken in different way. CM's intentions were clear. He had left all his work to go to accident spot.”

At least 13 school children were killed and eight others injured after a train hits a school bus in Uttar Pradesh's Kushinagar district.

The children, students of Divine Public School, were killed on the spot when Thawe-Kapatanganj passenger train (55075) crashed into the van at an unmanned crossing gate at Behpurva, said Ved Prakash, spokesperson for Railways.

Members of Bar Council, Kushinagar, also complained about the "irresponsible attitude" of the district hospital staff.

"As soon as they saw 13 bodies, senior officials of district hospital at Kushinagar referred four injured children and the driver to BRD Hospital without even administering first aid," members of the Bar Council complained to the chief minister, according to an official.