The sex-for-grades and money scam is assuming huge proportions and seems to involve several teachers and officials in the university. 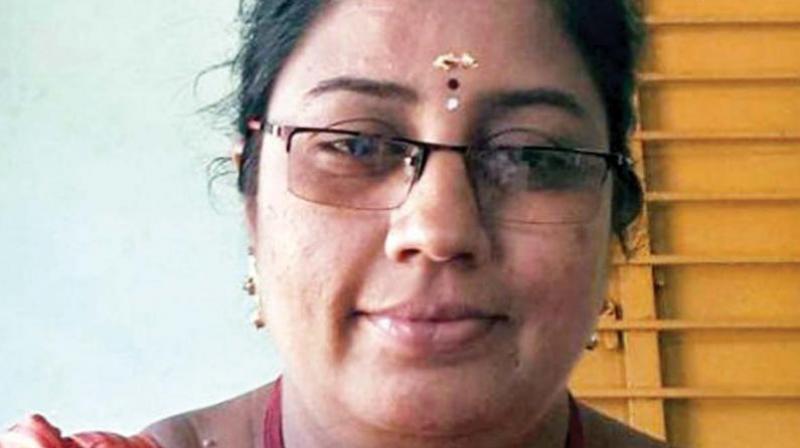 Suspended assistant professor Nirmala Devi, the main accused in the scandal, has reportedly said that the other accused had instigated her to lure the students to extend sexual favours to university officials, in return for higher marks and money. (Photo: File)

Chennai: A senior faculty member of the Madurai Kamaraj University (MKU) has been arrested, while a research scholar surrendered before a court on Thursday in connection with the sexual favours scandal involving a woman college teacher, police said.

V Murugan, an assistant professor at the university, was arrested on Wednesday night and produced this morning before a court in nearby Sattur, which remanded him to a five-day custody of the CB-CID.

Research student Karuppasamy of the university surrendered before a Madurai court and was remanded to judicial custody till tomorrow, the police said.

The sex-for-grades and money scam is assuming huge proportions and seems to involve several teachers and officials in the university, CBCID sources said, emphasising that a few other faculty members of the university are also under the scanner.

Suspended assistant professor Nirmala Devi, the main accused in the scandal, has reportedly told the CB-CID that Murugan and Karuppasamy had instigated her to lure the students to extend sexual favours to the officials of the university, in return for higher marks and money.

Devi of the private Devanga Arts College in Aruppukottai was arrested on April 16, a day after an audio clip went viral in the social media, where she purportedly sought to persuade girls to consider extending sexual favours to senior MKU officials.

The police have been probing allegations that the university and Devanga Arts College, where Devi worked, did nothing regarding harassment complaints submitted by the two girls against Devi and other persons, including Karuppusamy.

“We are looking for more complaints from the students and those associated with the three accused are under scanner,” the police said.

Meanwhile, the inquiry commission ordered by the TN Governor will begin its second phase of investigation at Aruppukotttai and will extend the inquiry to lecturers and students who were in touch with Nirmala Devi.

The college management has said that she was suspended, pending inquiry, soon after a complaint was received from the students.