And in rural areas, all shops except those in shopping malls are allowed to open 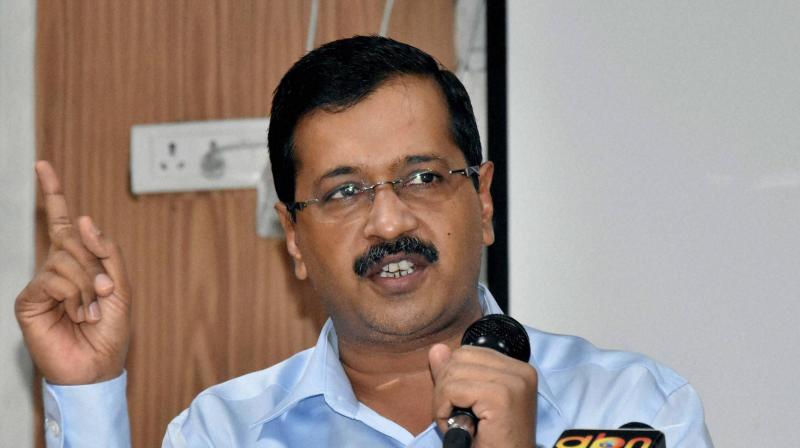 New Delhi: Delhi Chief Minister Arvind Kejriwal on Sunday said the Centre's decision to open certain shops will be implemented in the national capital too but no relief will be granted in Covid-19 containment zones.

"Centre decided to open certain shops, we are implementing it here too. Medical stores, grocery stores, fruits, vegetable shops, dairy will remain open. Besides this, standalone shops in residential areas, neighbourhood shops will also open. No shopping complex or market will open. No shops will open in containment zones," said the Delhi Chief Minister.

The total number of the containment zones in the national capital, as of Saturday, stands at 95.

"Apart from that, for the next one week, till May 3, we are not allowing anything to open," he said.

The lockdown which was first implemented last month has been extended till May 3 in order to curb the spread of coronavirus.

And in rural areas, all shops except those in shopping malls are allowed to open. "The shops in areas which have been declared as containment zones by respective States/UTs, will not be permitted to open in rural or urban areas," the MHA had said on April 24.

The Delhi Chief Minister stated that last week was better in comparison to its previous one as far as the coronavirus situation in the national capital is concerned.

"The last week was slightly better than the week before, for the people of Delhi. There was lesser number of cases, fewer deaths and many people went home after making a complete recovery," he said.

Giving details, the Chief Minister said, "In the seventh week, after it began, there were a total of 850 cases. Last week, that is in the eighth week, 622 cases have been reported. Slightly lesser. Worldwide, it has been seen that once cases begin to increase, it spreads very rapidly."